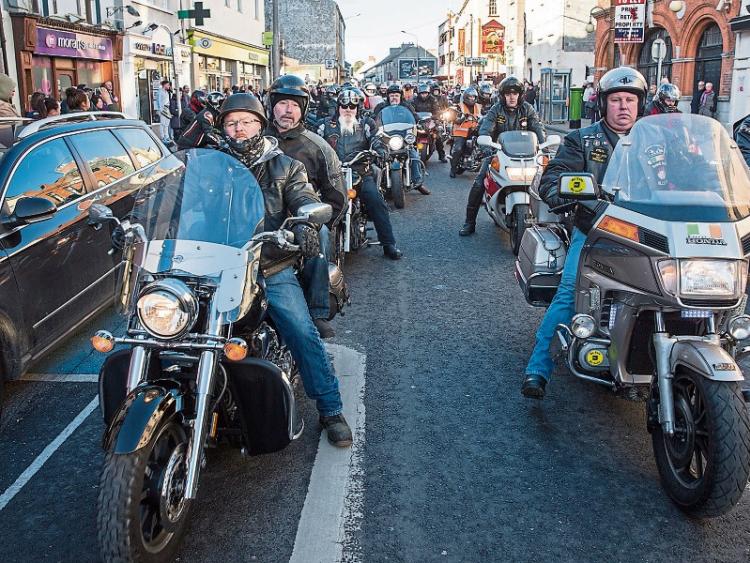 Motorcyclists lead off the funeral cortege of Derek Hogan in Clonmel on Monday afternoon.

Traffic in Clonmel came to a standstill today for the funeral of popular local man Derek Hogan.

Mr Hogan was a keen motorcyclist, taking part in many fundraising events on his bike, and over one hundred of his motorbike friends turned up for the funeral.

As the cortege wound its way through the streets of the town, the motorcyclists led the way in a fitting tribute to a man who was a friend to so many.

A huge crowd attended the Requiem Mass in SS Peter and Paul's Church where they heard tributes to a man who gave so much to his native town.

Never known to say no to any request, he gave his time freely on behalf of so many in the community, a fact reflected in the wide variety of mourners at his funeral mass.

He was a true community activist who gave his time willingly and freely.

He was also a great friend and colleague of all at 'The Nationalist' where he is fondly remembered for his time on newspaper deliveries throughout the county, always obliging and ready to help no matter what the demands.