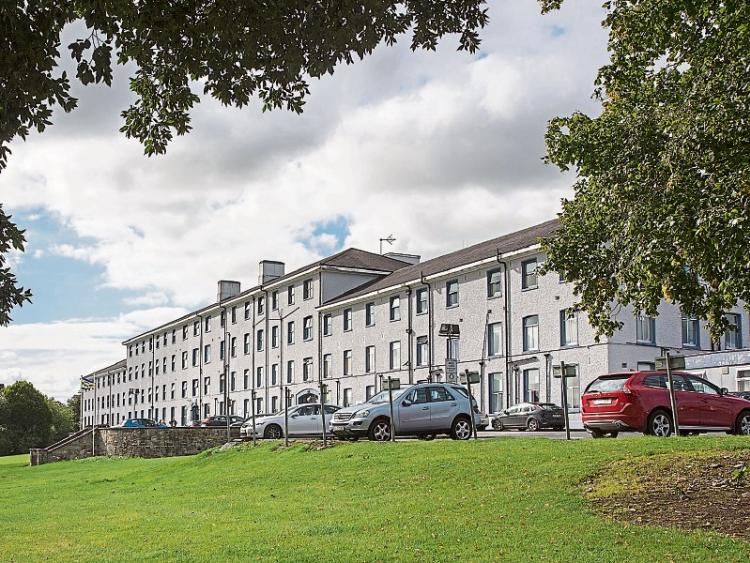 An appeal for immediate intervention has been made to Health Minister Simon Harris to deal with the daily chronic overcrowding at South Tipperary General Hospital.

Management at the hospital have issued three appeals to the public since last Thursday to only attend in the case of a genuine emergency as the hospital tops or is near the top of table for use of trolleys in hospitals in the country on a daily basis.

On Tuesday morning the Irish Nurses and Midwives Organisation said there were a record 612 patients who have been admitted for care on trolleys in hospitals around the country.

Thirty one of those patients were on trolleys in Clonmel and as the chaos intensifies opposition TDs Seamus Healy and Mattie McGrath have called on Minister Harris to intervene.

They have criticised the minister, who visited the hospital in October, for failing to make a decision on the best way forward to alleviate the overcrowding at the hospital, a decision promised to arrive before the end of 2016,

There has been no announcement by the HSE of the start of that mini tender process concerning Clonmel.

Minister Harris has made no announcement on his preferred option to address the overcrowding in Clonmel.

Those options include the provision of a forty acute bed hotel facility, a forty bed modular build and a possible use of Our Lady's Hospital in Cashel for step down beds.

That tender/procurement process, claim the opposition TDs, is now stuck in limbo with no end in sight and they said it was now time Minister Harris took action in Clonmel and lived up to his responsibilities .

Deputy McGrath said the situation was so difficult in Clonmel that frontline nursing staff were leaving or seeking transfer.

“If nurses are leaving how do we expect to recruit nurses for a proposed forty bed facility. The process of getting in badly needed forty acute hospital beds in Clonmel by whatever means the Minister approves of has not stalled, it just has not started.

“We are no closer to a solution being found than we were in October when the Minister visited Clonmel and the situation is now three times worse”, insisted Deputy McGrath.

He continued - “No decision has been made by Minister Harris, no mini tender process has started, no planning meetings regarding new temporary or permanent forty acute bed facilities has st a r t ed.

“Even when the planning process starts in Clonmel for whatever the chosen option is, we are talking about a minimum of two months before we see anything on the ground happening,”

Deputy McGrath said it was disturbing to be informed that STGH has been consistently operating under the HSE’s Full Capacity Protocol since January of last year.

“It is now a fully established fact that a full blown crisis is afflicting STGH” he said.

Deputy Seamus Healy said three months ago Minister Harris described conditions at the hospital as “utterly unacceptable” and said “solutions had to be found “ and promised “ a decision before the end of the year”.

“Staff are run off their feet and are struggling to provide a safe service in a hugely pressurised atmosphere. Meanwhile, Minister Harris sits on his hands, makes no decisions and breaks his promises”, said Deputy Healy.

He said the hospital was bursting at its seams. It is operating at about 130% occupancy. The Medical Department occupancy rate is even higher at 150%. Full occupancy is regarded as 85%.

“As a priority, forty additional acute beds are urgently required, stepdown, convalescent and district hospital beds are also required, and capital funding must also be provided this year to commence the Phase 2 Development and upgrading of the hospital.

“Minister Harris must face up to his responsibilities and must immediately approve and announce these three essential and urgent initiatives” insisted Deputy Healy.

Since last Thursday management at the hospital has issued three appeals to the public because of the overcrowding.

The appeal outlined the extent of the overcrowding at the hospital and the demand on services.“

Management appealed to the public to only attend in the case of a genuine emergency, advising that, where possible, a GP or Caredoc out of hours service be consulted in the first instance.

“Unfortunately there will be long delays for patients attending the ED as the hospital is currently experiencing a surge in patients and long delays are expected today due to the exceptional numbers of very ill people in the department .

“STGH wishes to reassure people, that while the hospital is extremely busy at present, patients are being seen and cared for appropriately.”

“The management at STGH apologies for any inconvenience caused.” concluded the statement.