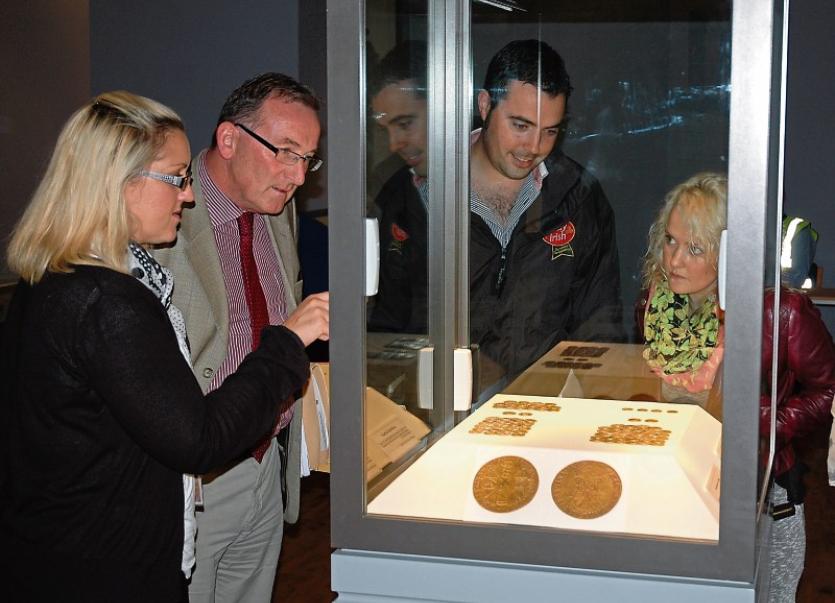 The Carrick-on-Suir gold coin hoard is no longer on display in the National Museum but moves are afoot to the return the 17th century coins to Co. Tipperary and put them on permanent display in the County Museum.

Tipperary County Museum Education Officer Julia Walsh-Drohan told Carrick-on-Suir Municipal District's latest monthly meeting that they have requested the National Museum to allow it to place the 81 historic coins on display permanently in the County Museum in Clonmel.

She said the coins had been on display for some time in the National Museum at Collins Barracks in Dublin but they were not on exhibit there now. That was why the County Museum had applied to have the coin hoard returned to Co. Tipperary. "There is no point in having them in storage if you have a place willing to display them," she said.

Ms Walsh-Drohan said the County Museum was “very hopeful” of securing the gold coin hoard to display it permanently in Clonmel.

The coins, dating as far back as 1630, were discovered by construction workers, employed by Grangemockler building contractor Shane Comerford, while renovating Cooney's Pub on Carrick-on-Suir's Main Street in January 2013.

They were found under the floor in the front bar area of the pub, which re-opened for business last summer.

The workers and pub owner David Kiersey handed over the hoard to the National Museum. The coins were put on display in the National Museum and were also exhibited for a short period at the County Museum and for a day at Ormond Castle in Carrick-on-Suir in September 2013. Hundreds of people flocked to Ormond Castle to view the hoard during their short visit to Carrick-on-Suir.

Carrick-on-Suir Cllr David Dunne (SF) said he was very disappointed to hear the coins were no longer on display in the National Museum as they were led to believe that would be the case.

He called for the hoard to be exhibited at Ormond Castle in the town they were discovered.

As much as he wanted the coins to be exhibited in Carrick-on-Suir, he accepted that for financial and security reasons, it wasn't viable to have them on display in Ormond Castle.

He echoed Cllr Dunne's disappointment that the coins were no longer on show in the National Museum.

"There was huge fanfare when these coins were found.

“They were probably the most valuable hoard to be found at the time, and to think that those in the National Museum couldn't even be bothered their backsides to display them...

“As a Carrick-on-Suir person I am very disappointed."

Ms Walsh-Drohan said Cllr Dunne would have to request the National Museum directly to have the Carrick-on-Suir coin hoard exhibited at Ormond Castle.

She explained that the County Museum was the designated museum for Co. Tipperary and it met the environmental and security conditions required to put this coin hoard on display. The National Museum would look towards handing the coin hoard over to such a designated venue, she added.