'Taste of Cahir' launched by Franc! 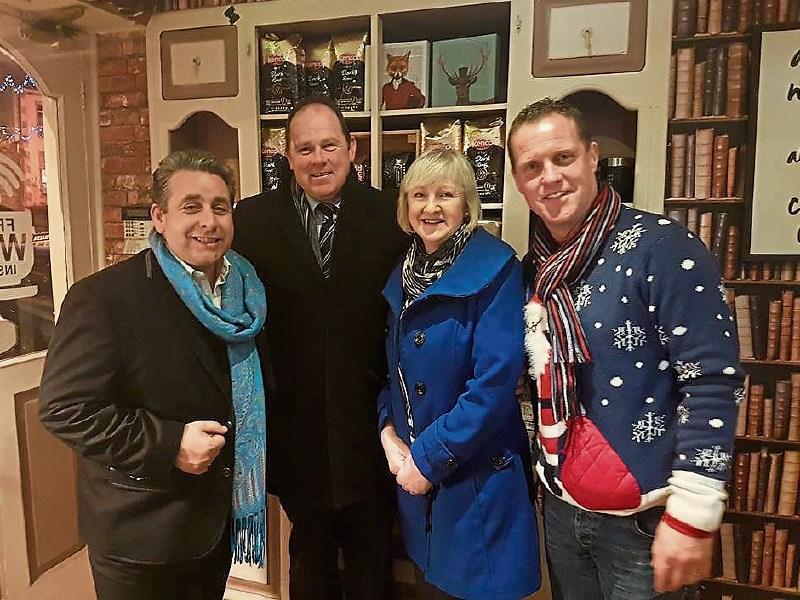 The highly successful "Taste of Roscrea" initiative is to be reproduced at other two other locations also across the Premier County - including Cahir.

It was announced over Christmas that Cahir and Nenagh are being funded for their own ‘Taste of’ events to take place at Easter.

The annual event in the North Tipp town of Roscea is now in its fifth year and has gone from strength to strength with plans to make it even better this year. Cllr Michael Smith is one of the main organisers of the ‘Taste of Roscrea.

These events are being sponsored by REDZ and Tipperary County Council and they will be calling on all groups in the area to put on an event to showcase their club or activities. All events will be published and it’s also a chance to recruit new members, taste local foods, dine in local cafes and show off local crafts.

The ‘Taste of Cahir’ will take place over the Easter weekend with Cahir castle forming the backdrop to what's on offer. Local Cllr Andy Moloney says while Roscrea will have snow this year Cahir will be focusing on ice so there will be an Ice Rink in the town during Easter and new timber sculptures will be unveiled in the Inch Field made from the last of the trees that fell during the storm two years ago.

The Ice House will also be opened at that time and the Cahir Men's Shed with VTOS is working on an exciting Fairy Trail. There will be more news about this in early January.

At the recent launch was Franc from 'Brides of Franc' aka Peter Kelly, Cllr Andy Moloney, Marie Moloney and Cllr Michael Smith from ‘a Taste of Roscrea’ who worked with Cllr Moloney on the joint application which brings together the three castles of Roscrea, Cahir and Nenagh.