Crisp sunshine welcomes the first hunt of the New Year 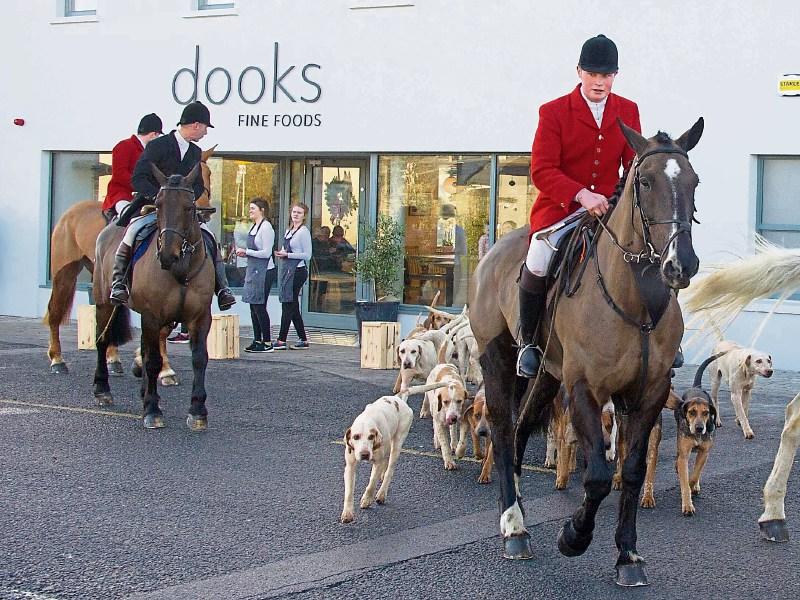 Bank Holiday Monday, January 2, was a perfect day for Tipperary Foxhounds to hold their first meet of 2017. An extra large number of horses and riders gathered in crisp sunshine by Fethard Town Wall to shake of the seasonal cobwebs and take part in the first hunt of the year.

This year the hounds left by the Valley and, after a brief stop outside Dooks Fine Foods at Kerry Street cross, they headed out the Cashel Road on their quest to raise a few foxes from their otherwise undisturbed dens. The hunt was well represented by the attendance of many former huntsmen and their families along with a large group of regular participants and many spectators who came along to enjoy the traditional spectacle.

The formation of the first Grove Hunt Club was at a meeting held in Fethard on Wednesday, February 14, 1821, chaired by William Barton of Grove where the following resolutions were unanimously resolved:

1 That a Club be established to support the Expenses of the Covers of the Grove Hunt.

3 That after this Meeting no Person can be admitted unless by Ballot.

4 That One Black Bean in Ten excludes the Person balloted for.

5 That there be an Annual Subscription of Five Guineas.

6 That each new Member pays Five Guineas at entrance, besides his Annual Subscription.

7 That any Gentleman who proposes a new Member shall be answerable for his Entrance Money on his being admitted.

9 That the Committee do meet and adjourn from time to time as they deem necessary to transact the business of the Club, and that three do form a Committee

11 That all subscriptions be paid into the Treasurer on or before the end of May, in each Year.

12 That any Gentleman neglecting to pay in his Subscription on or before that day, be no longer considered a Member of the Club.

13 That any stranger coming to hunt with the Club may be introduced into it by a Member for that Day only.

14 That each Member be furnished with a printed copy of these Resolutions.