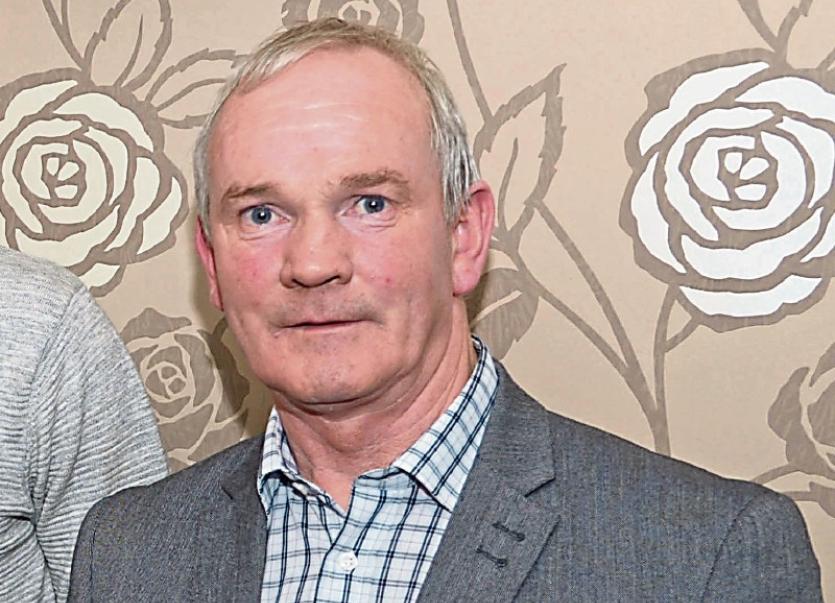 The Chairman of the Templemore Thurles Municipal District Council, Councillor Joe Bourke has outlined the tremendous work undertaken in Clonmore village over a number of years, with more than €135,000 having been raised from a population of about 500 people.

Speaking at an historic meeting of the Municipal District in the local community hall, Cllr Bourke (pictured) expressed his pride in what has been achieved in his village and with the extension to the national school due to be open in the new year at a cost of more than €400,000, the community is in a very good place.

Cllr Bourke outlined the work done to the community centre, the playground, tarmac in the village, stone walls and many other improvements.

“There was a huge amount of fundraising undertaken here in the community and a lot of voluntary work. Everyone played their part and there is great community spirit here in Clonmore,” said Cllr Bourke after he had formally welcomed the council members to the village.

Cllr Bourke had tabled two Notice of Motions for the meeting calling on the council to make sure the dangerous junction between the Clonmore road and the Rathdowney road is made safe. He also called on the council to do something about the prevention of speeding in the village which has been ongoing for some time, suggesting that speed ramps might be the solution to the problem.

“These problems need to be tended to as soon as possible and I would really appreciate if we could move these forward now before something serious happens,” Cllr Bourke said.

District Engineer Mr Ruairi Boland said that road markings and signage will be up-graded in the village of Clonmore while flashing school warning signs will also be erected in the coming weeks - these, he said, should make a big impact.

Councillors John Hogan and Eddie Moran supported Cllr Bourkes motions and thanked the District for deciding to hold the Christmas meeting in the village - it was, they said, very important that the council would visit local communities and honour them by holding their meetings there.

District Manager Mr Matt Shortt said that if the council ever lost its community ethos, they could ' pack our bags'. He pointed out that the members of the the Templemore Thurles Municipal District had supported 170 community based grants and while it is relatively small money being granted to each group, it is vital funding to those groups and organisations which undertake such vital work in their communities.

“The council can never underestimate the value of the those grants to small community groups and I think the members are to be credited with approving those grants which are so vital. It's small money, but it is crucial and they really make that money go a long way as can be seen right here in Clonmore,” Mr Shortt said.

To mark the historic visit to the village of Clonmore, the Chairman presented Mr Shortt with a copy of the recently published Clonmore Through the Ages book which was launched just before Christmas.