Rehearsals commence on Tuesday for All Shook Up 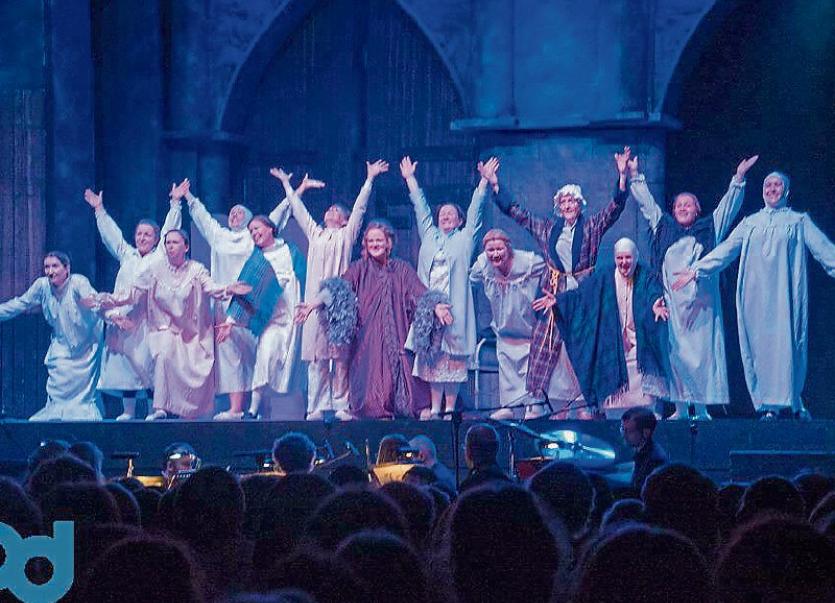 Rehearsals commence on Tuesday evening for Thurles Musical Society's All Shook Up which will be staged in The Premier Hall from Tuesday 4th April - Saturday 8th inclusive.

The show is expected to see upwards of sixty people on stage with a host of people working backstage, front of house, in the wings and in the many other facets of theatre which go towards getting a show on stage.

Rehearsals will be held in The Premier Hall commencing with Tuesday's opener at 8:00pm and Musical Director Mary Rose McNally will be on hand to warm up the voice boxes for the coming season.

Our Director for All Shook Up will be Shannon based Aodhan Fox - his first time directing for TMS, but not his involvement with us having played leading roles in Curtains and 42nd Street in the past.

Choreographer will be Debbie Kiernan once again and this will be a major challenge for Debbie and her Dance Captain considering the huge movement associated with a show of this nature.

All Shook Up is a 2004 American jukebox musical with Elvis Presley music and with a book by Joe DiPietro. It has toured extensively in the US and the UK and has proven very popular with young and old alike. There are loads of parts for both male and female performers and the auditions for these parts will take place before the end of January - details of the audition pieces to be prepared and the character notes will be available at rehearsals over the coming weeks.

As always, Thurles Musical Society is extending the arms of welcome to all to come along and get involved, either on stage, or off it. This is a community based Society and the musical reflects that each and every year with people from all walks of life coming together to create something very special for that week long run - Evita was proof of that once again in 2016 with a show which really impressed the audiences.

All Shook Up is a very different type of show to Evita and this will challenge the company to rise to a different beat. But, having done so in the past with great aplomb, TMS will rise to the occasion once again.

So, mark the date in your diary - next Tuesday, January 10th in The Premier Hall for the first rehearsal. A warm welcome will be extended to all, but especially new members, also our current crew, and any lapsed members who migt not have been on stage for some time. See ye there!!