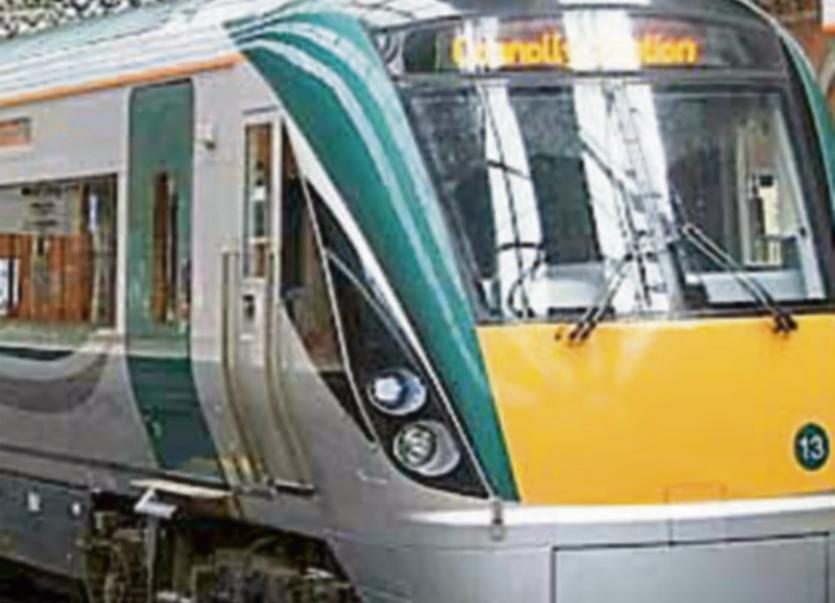 Irish Rail has confirmed that it has halved the number of train carriages in use on the Limerick to Ballybrophy rail line.

The line serves Cloughjordan, Nenagh and Birdhill and has come under threat of closure in the past few months over the high subsidy cost of keeping it open.

However, the State rail agency has said that the decision to cut the number of carriages from four to two is because the platform at Birdhill is no longer considered safe for the longer trains.

“The platform at Birdhill is only suitable for two carriages trains and two carriage trains are ample for the numbers that we have travelling on this route,” a spokesperson for Irish Rail told the Tipperary Star.

Meanwhile, the line was discussed at this Monday's Tipperary County Council meeting when county CEO Joe MacGrath informed councillors that the council had made a submission on the line under the National Rail Review.

Mr MacGrath pointed out that out of the four lines under review, two were in Tipperary. Apart from the Nenagh line, the Limerick Junction to Waterford line is also under threat of closure.

“The service is not at the level we expect,” said Mr MacGrath.

He said the council's submission outlined the importance of rail to the continued development of the county.

He also pointed out that, even if the line closed, IE would still face a bill of €7.5m annually.

The submission received the support of councillors, with Cllr Michael O'Meara pointing out that under the National Spatial Strategy it was being proposed that Limerick be developed as the country's second city.

“This could be a vital piece of infrastructure. We are going to need proper rail services into Limerick. We should talk to our colleagues in Limerick. We are not going to win this on our own,” he said.

Cllr O'Meara said that the two things holding the service back were speed and having to change at Ballybrophy.

Mr MacGrath said he had contacted Limerick and Waterford on the issue.

“It is important we make a submission,” said Cllr Seamus Morris. “We are trying to keep Tipperary alive. Rural Ireland is under siege and the last thing we want is another service being taken out. “

He stated that the Ecovillage in Cloughjordan would not have gone ahead were it not for the village's rail links.

Cllr Ger Darcy and Cllr Mattie Ryan also pointed out that the line had sufffered from a lack of investment and a poor timetable.

“The line's potential has not been realised,” said Cllr Joe Hannigan. “There is so much at stake, closure just can't happen.”