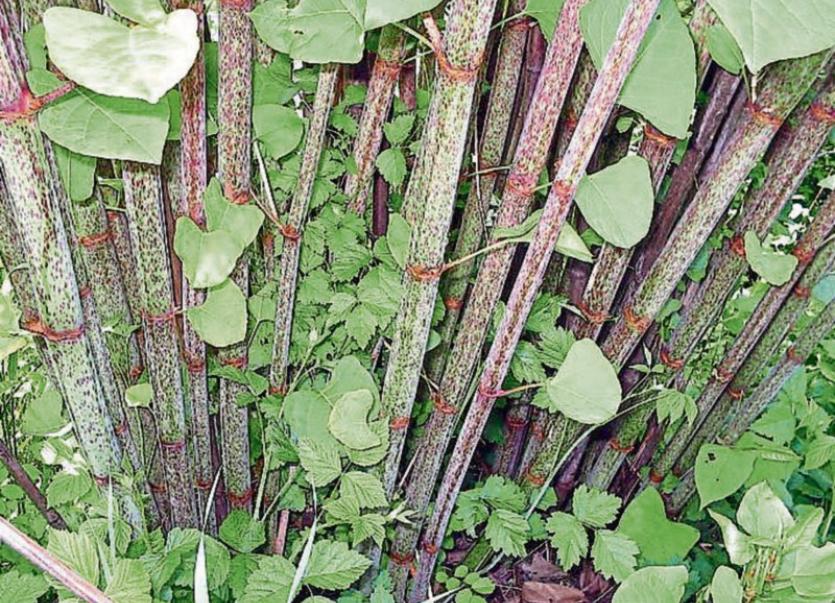 Japanese knotweed has been described as a “major problem” in parts of County Tipperary by Cllr Michael O'Meara.

The plant was introduced to Ireland in the 18th century as an ornamental shrub but has since gone viral, mainly along the county's roadsides, especially those close to waterways.

Over the past couple of months, Tipperary County Council has placed signs along roadways warning landowners of its presence and advising them not to cut the plant.

“It is terrible stuff,” said Cllr O'Meara. “It is hard to kill. We have a fair bit of it in Lorrha and Rathcabbin.”

Signs have also been placed on the Thurles to Nenagh road warning of the plant's presence in ditches.

Not cutting it can cause problems for landowners as its vigorous growth can impede sightlines.

“It is going to be even more prevalent in years to come,” warned Cllr O'Meara.

The Independent councillor has called on Tipperary County Council to launch an awareness campaign about identifying the plant and how to get rid of it.

“I believe nationally we are spending in the region of €5m or €6m on engaging companies to eradicate it, but the council should have warning notices on its website with photos of the plant,” he said.

Cllr O'Meara pointed out that Japanese knotweed can sprout from a spore the size of a grain of rice and its rhizomes can grow to seven metres.

When cut, the plant can spread by being brought along roadways by tractors and cars.

Its spread has been described by some as a “scary story” as it can break through four feet of concrete, posing a threat to road surfaces and buildings. In the UK, you cannot get planning permission or sell a house on land where Japanese knotweed is growing.

And Cllr O'Meara said that it has to be eradicated from brownfield sites in Ireland because of the structural threat it poses.

Transport Infrastructure Ireland has a policy of eradicating the plant along motorways and other main roads and works with local authorities on tackling its spread. As an indication of extent of the threat it poses, Ireland has 97,000kms of roads but only 5,400 of those are main roads or motorways, leaving vast swathes of the country dependant on local authorities setting aside money to tackle the issue.

For more details on Japanese knotweed log on to www.invasivespeciesireland.com