Rejuvenation of King Cormac's is celebrated 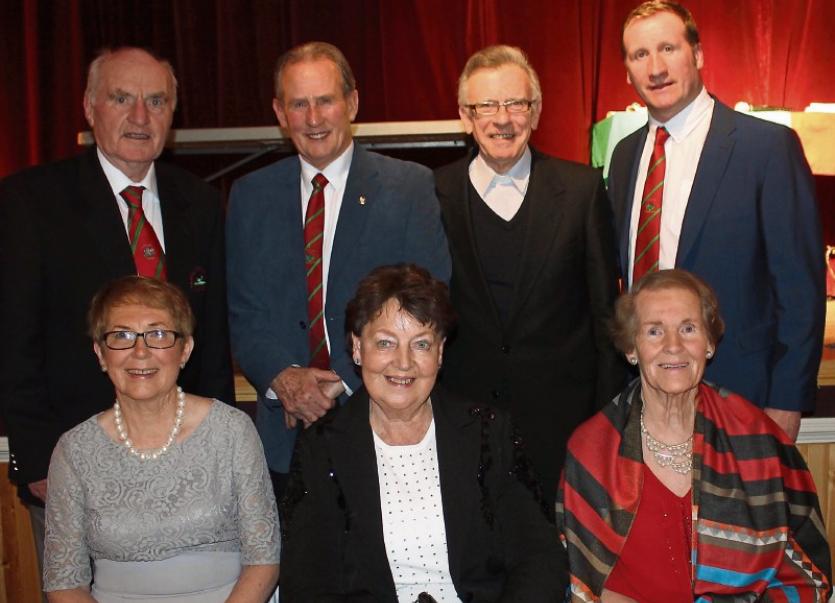 Cashel King Cormac's brought the curtain down on 2016 with its Club Dinner Dance in Halla Na Feile on New Year's Night.

The club has had a serious rejuvenation in 2016, capturing West titles in both Minor Hurling and Football, Under 21 Hurling and Junior B Hurling while our talented bunch of minors added county titles in both hurling and football to create their own unique piece of club history.

Add in the brilliant successes in King Cormac's juvenile club and it made for a brilliant night of celebration.

The Senior, Junior and Under 21 hurlers from 1991 also received thoroughly deserved recognition for their outstanding achievements from that year, by receiving a scroll expertly put together by Seamus King.

There were guest speeches throughout the night with Justin McCarthy rekindling many memories with a speech that captivated everyone's attention.

Club chairman TJ Connolly also spoke passionately about his first year as chairman and stated the successes were now a foundation to create new chapters in our club history, highlighting a return to the senior ranks top of the agenda in the coming seasons.

A special tribute was paid to Fr. Bernie Moloney, with TJ recognising the huge impact Bernie had made within the town and indeed the Cashel KC club during his time in the parish. TJ presented Bernie with a superb painting of landmarks within the town of Cashel, something he can hang in his home in Emly to remind him of his true home.

Bernie spoke to the assembled recalling many memories throughout his time before wishing the club well into the future and finishing by singing the song he brilliantly penned back In 1991 'For hurlers and sportsmen' capturing the exploits of those amazing teams. This was greatly recieved by all.

With all presentations and speeches finished a fantastic night was had by all.

Of course this night took months of planning, the orgainsing committee deserve special mention as everything was done to detail. The entire night ran smoothly from beginning to end and from all a big thank you. We now look forward to the season ahead and hopefully to another club social late next year.