Rock scaffolding to be removed 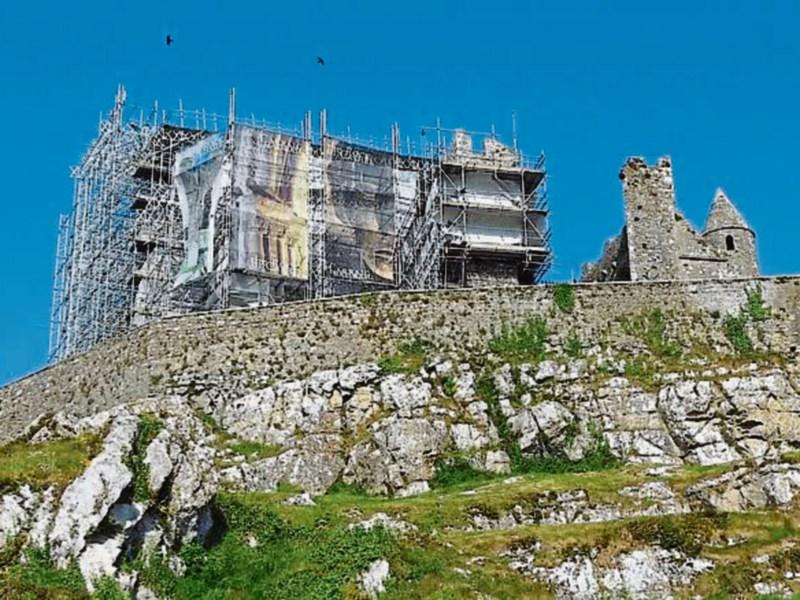 News that plans are well advanced for the removal of the scaffolding from the Rock of Cashel over the coming weeks has been welcomed by Councillor Tom Wood.

The scaffolding of a significant area of the site commenced in January 2010 to enable significant conservation work on Cormacs Chapel.

In a 2009 address to members of the then Town Council OPW personnel estimated that it would be a four to five year project but according to Councillor Wood the conservation work carried out on the delicate 12th Century Romanesque building was more complicated than originally envisaged and became more time consuming.

The most recent programme of conservation work resulted from the results of a project carried out in 2001 when an investigation of environmental conditions in the Chapel showed that while the building was structurally stable it was vulnerable to the adverse effects of penetrating rainwater on its sandstone fabric.

Poor roof drainage caused a green algae growth on the internal walls with resulting damage to the unique frescos.

Councillor Wood understands that the removal of the scaffolding from one of the most treasured medieval monuments in the country is estimated to take between ten to twelve weeks depending on weather conditions. Last October tenders were invited for the dismantling and removal of the freestanding scaffolding with quantities to be delivered to OPW depots in Athenry, Killarney, Kilkenny and Trim.

He believes that, notwithstanding the negative appearance the scaffolding had on the monument since its erection in 2010, recognition of the sites historical and architectural significance has resulted in record numbers of visitors with over two thousand visiting in the first two weeks of January and he now contends that even more people will be visiting to experience the conservation work carried out by the OPW to the highest international standard.