Congratulations to Chelsea Gibson, winner of the National Final in Dublin 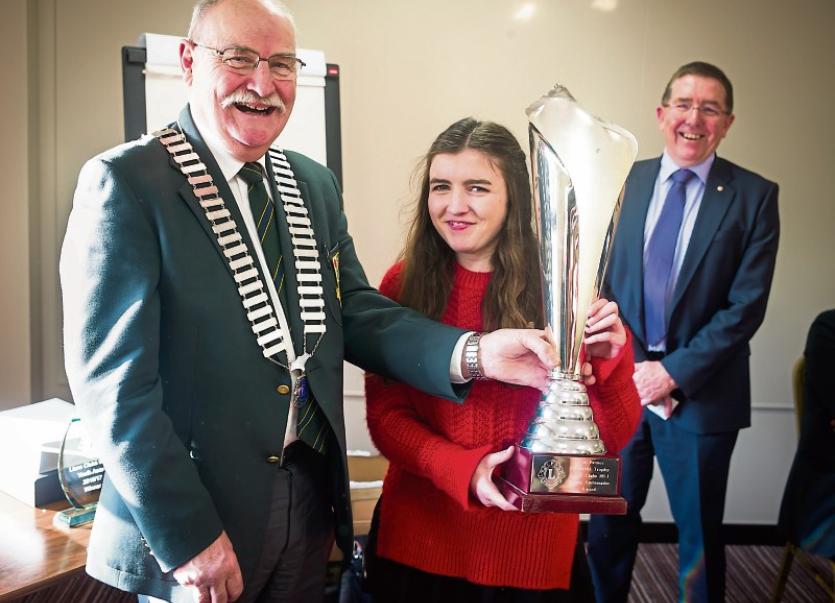 Chelsea Gibson, a pupil of Cashel Community School, who recently became Cashel Lions Club Young Ambassador for 2017, has now been selected as winner of the National Final at an event which took place in the Carlton Hotel near Dublin Airport on last Saturday.

The aim of this competition is to recognise, support and encourage young people involved in their local communities. Particular importance is placed on their activity as volunteers and leaders within community welfare organisations. In this respect Chelsea scored very well as she has been a member of the Order of Malta in Cashel since she was 9 years old! Not only has she gained valuable skills in caring for, and aiding people in distress, but she also has laid the foundations for a future career in caring for the elderly, the sick and the less fortunate amongst us. Chelsea demonstrated a clear vision of her interest when interviewed by a judging panel which included senior Lions in Ireland but also RTE newscaster Brian Dobson.

Brian was so impressed that, when asked at the presentation ceremony why the judgment went in her favour, he reacted by asking Chelsea herself to explain how and why she became so involved. Chelsea responded with a very clearly stated summary of her situation and background which impressed all present. As if her activity with the Order of Malta wasn’t enough, she is also a member of Cashel Neighbourhood Youth Project, where she recently completed a course in Future Leadership.

We don’t have enough room to cover her involvement in all her chosen activities, however we would like to mention that she has found time to learn to speak German - which she polished up during a recent holiday in Berlin.

The winner of Ireland/UK final stage then goes on to compete in the European final which will be held later this year in Montreux in Switzerland. We’ll all be keeping our fingers crossed for Chelsea !!