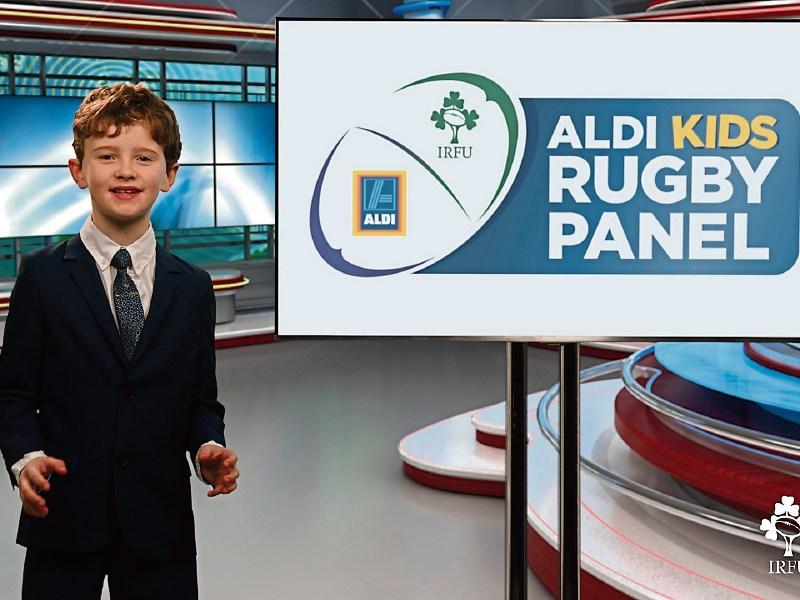 Aldi has announced today that it will give 7 lucky kids the chance to put their punditry skills to the test on all Ireland RBS 6 Nations matches!

The Aldi Kids Rugby Panel, part of the retailer’s partnership with the IRFU, has teamed up with RTE to offer viewers a match analysis, before, during and after each of the RBS 6 Nations games.

Sure to be seen by hundreds of thousands and something that has yet to be done in Ireland before, The Aldi Kids Rugby Panel will broadcast live during ad breaks and is seeking energetic and enthusiastic kids aged between 7-11 to add their magic to the hotly anticipated tournament.

Sound like the once in a lifetime opportunity your child would love? Head to www.aldirugbypanel.ie to upload your entry now! For those who prefer to pundit in person, the Aldi Kids Rugby Panel will be hitting the road. Searching the country for the next shining star of commentating, the retailer’s casting calls will be setting up shop in Galway, Cork, and Dublin on 21st and 22nd January.

Speaking at the launch of the Aldi Kids Rugby Panel, Group Buying Director of Aldi Stores Ireland, Finbar McCarthy said, “We are delighted to be partnering with the IRFU and RTE for The Aldi Kids Rugby Panel. As a business rooted in communities across the country for over 17 years, we’re committed to helping more young people throughout Ireland gain access to rugby in their local school. In September 2016 we launched the Aldi Play Rugby initiative, bringing the non-contact rugby programme to schools all over the country and with the Aldi Kids Rugby Panel we’re hoping to add something extra special to the RBS 6 Nations that all the family can get involved in.”

For more information and to upload your entry, visit www.aldirugbypanel.ie.