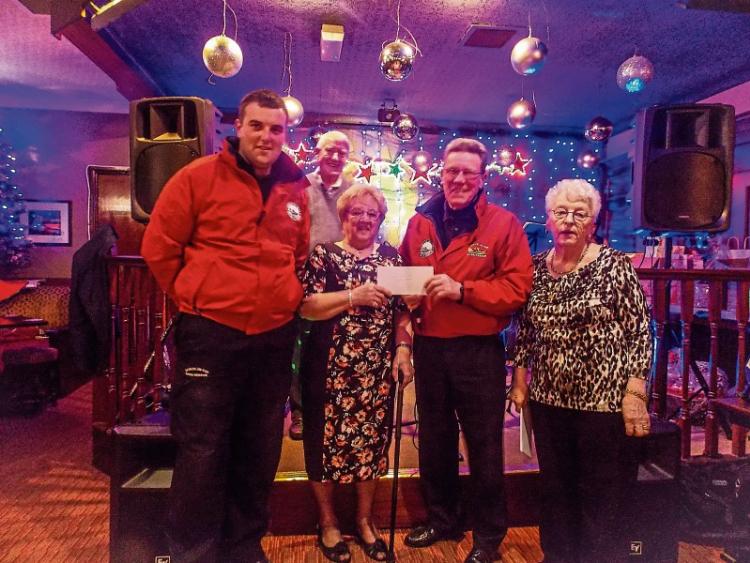 The 55 Social Club, as has been the custom for many years now, made donations to several charities and organisations at its last get-together of the year.

These were Carrick River Rescue, The Society of St. Vincent de Paul, The Wheelchair Association, The Irishtown-based Day Care Centre for the Elderly and the Dolphin Swimming Club. The donations were gratefully recieved by those representing the charities and organisations.

The committee was only too pleased, on behalf of the members, to show the club's support for such deserving causes.

The 55 Social Club returns to The Coachman Lounge in Parnell Street this Friday night, January 20th, when The Piano Man plays the music.