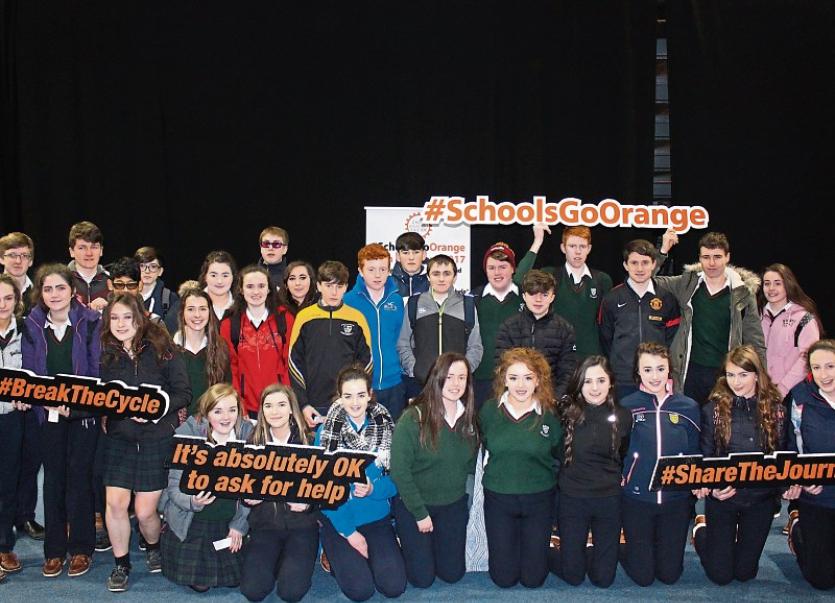 Students from Cashel Community School at the National Congress for Cycle Against Suicide held in UL.

Thirty three students from Cashel Community School joined thousands of students and teachers from across Ireland in attending the Cycle Against Suicide National Congress at UL Sport Arena on Wednesday January 18th.

Some 6,000 second-level students and teachers in total attended the Congress, the fifth annual staging of the event and the first time it was being held outside Dublin.

The aim of the event is to promote positive mental health and help-seeking behaviour in young people and brings together young adults and teachers from all over Ireland. The theme of this year’s Congress was ‘Share The Journey’, with students presenting projects based around this. Cycle Against Suicide CEO Paul McBride has said events such as the Congress “offer a significant opportunity to normalise the conversation around mental health”. Students heard from a number of speakers, while there was also live entertainment, discussion and much more that promoted Cycle Against Suicide’s message that “It’s OK not to feel OK; and it’s absolutely OK to ask for help”.

The last speaker of the day was Mr. Bob Carley, a motivational speaker who highlighted the importance of realising that we are lovely, loveable and loved. A highly rewarding, informative and enjoyable day for all those who travelled for the event. There was music from The Strypes, Orla Gartland and The High Hopes Choir, among others.

Irish Paralympian Peter Ryan visited the group recently (Picture included) and gave an inspirational talk based on his experiences which came very soon after a very successful Positive Mental Health Week in the school. Our CAS group consisting of students and teachers are ably assisted and advised by the members of the Rock Peddlers cycling club in Cashel. It is hoped that motivational speaker Breifne Early will address the students in the coming weeks also. Follow us on Twitter and Facebook to track our progress in the coming months.