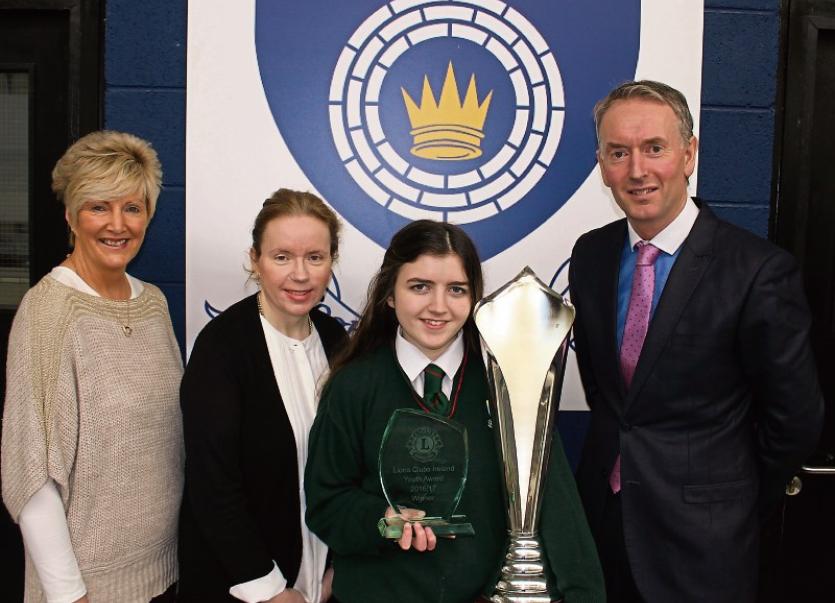 Chelsea Gibson a 6th Year student in Cashel Community School, who recently became Cashel Lions Club Young Ambassador for 2017, has been selected as winner of the National Final at an event that took place on Dublin on Saturday January 14th. The next stage in the Young Ambassador competition will be the final for winners from Ireland, England, Scotland & and Wales and will be held in Dudley near Birmingham in England. The winner of the Ireland/UK final stage then goes on to compete in the European Final which will be held in Montreaux in Switzeland. We are very proud of Chelsea and wish her the best of luck in the rest of the competition.