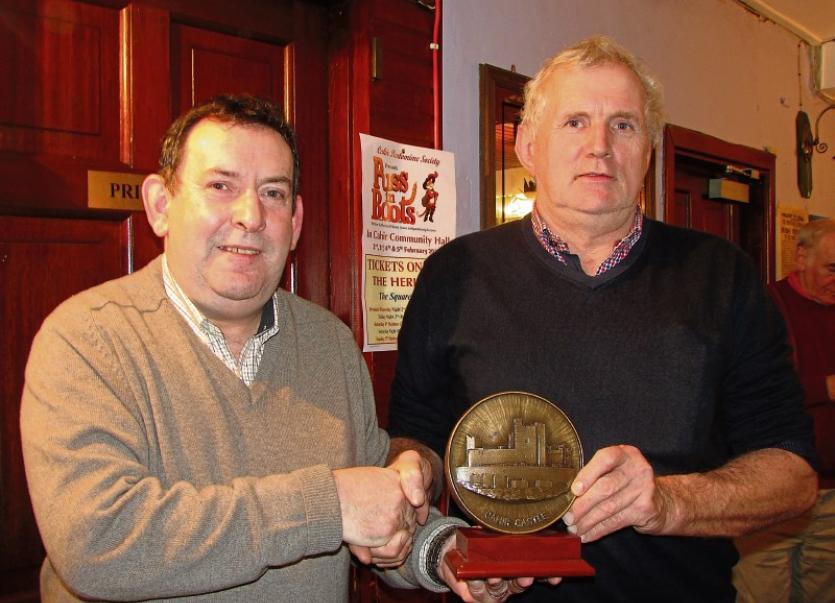 The Cahir & District Sports Achievement Awards for the month of December 2016 took place after the Joker Draw in the Abbey Tavern on last Sunday.

Congratulations to all three worthy nominees, the overall winner for the month was John O’Connor for being manager of Kildalton College football team who won the College All-Ireland Final in December, well done John.

John along with another 11 monthly winners will now go on to the final where one will be crowned the Cahir & District Sports Achievement Award Winner for 2016. This award will be announced at the end of February 2017.