€1,345 raised for building fund in Ss Peter and Paul's Church 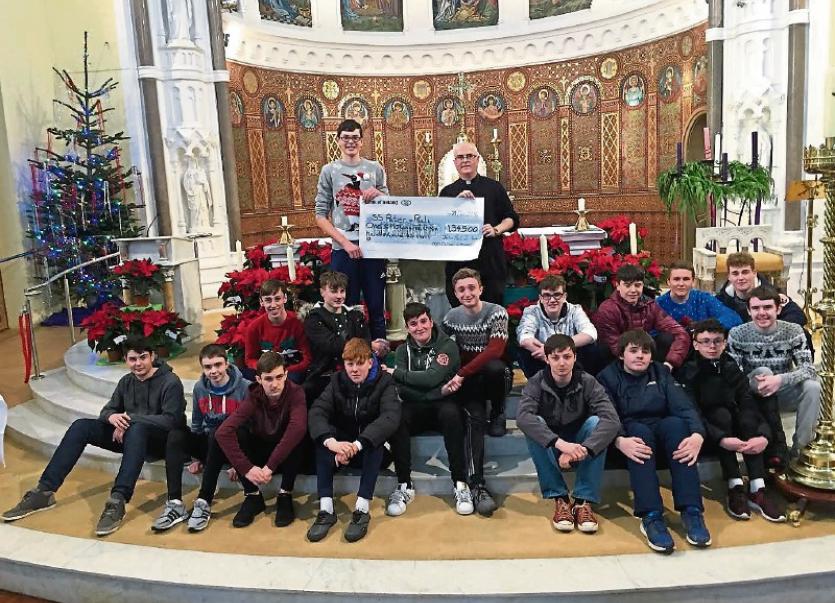 Students involved in the Pope John Paul II Award in the High School Clonmel recently decorated the churches in the parish and raised over €1,300 towards the Church Building Fundraiser.

In November the students invited parishioners and visitors to donate €10 to have a poinsettia plant placed around the altars and Christmas cribs in both Ss Peter and Paul’s and the Church of the Resurrection. The parishioners wrote a card in memory of loved ones or for the intentions of family and friends away at Christmas.

Initially the students had hoped for around 70 plants – but they ended up with over 250! In the days before Christmas the students were busy unpacking, watering and placing each plant with the intentions card, which formed part of the decorations around the churches for the Christmas season.

It was a bigger task than originally planned, thanks to the overwhelming response of so many who wished to be part of the project. As well as adding to the decorating of the church, they also raised money towards the church building fund.

Many people commented on how well both churches looked for Christmas and the plants really added to the warmth and welcome to parishioners and visitors alike.

Canon Brendan Crowley, parish priest, and Fr. Michael Toomey thanked the students of the High School for their wonderful initiative and the work they have been doing since the Pope John Paul II award was launched in Clonmel this academic year.