Life changing experience for Hazel as Pride of Tipperary 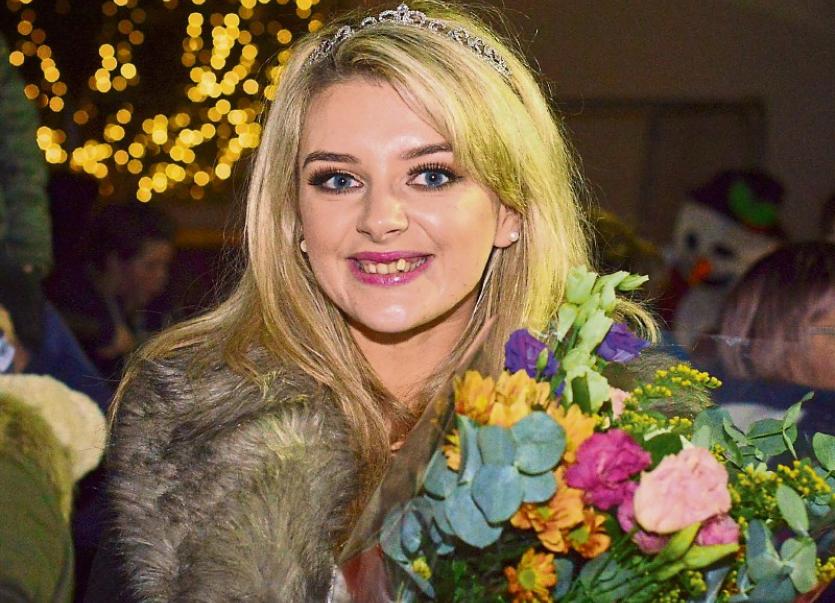 The Pride of Tipperary 2016/2017 Hazel Heffernan from Bansha, has embraced every aspect of being Pride and is enjoying the very busy schedule the role demands.

Among the many events Hazel has attended were the 2016 Tipperary Peace Awards, the Canon Hayes Sports Awards where she got the chance to meet talented sporting heroes such as Ronnie Delaney, Francis Siali and Tommy Stack. “I also got the opportunity to be interviewed with the Kilkenny Rose Sarah Kearns, on Irish TV for, ‘Dream for Liam’ when Tipperary and Kilkenny were in the All Ireland final. That was crazy as it was my first time being on TV and it was broadcast live,” said Hazel.

The Pride also helped launch the new pitch for Tipperary Town FC, has judged the Pattern Rose in Ballylanders and the Fair of Cahir and attended the Tipperary Racecourse Century ball.

“Along with other local fundraisers I got to be part of fundraising for Moorehaven's sensory garden with their Halloween party and a fundraiser with the Liam McCarthy cup for the IWA Irish Wheelchair Association. The absolute highlight so far would be turning on the Christmas lights in Tipperary town with the Vintage Rally. It was so magical and since I was a little child I've always wanted to turn on the Christmas lights. Afterwards I went to the villages with the Tipperary Vintage Rally on the Santa Express to collect money for the hospice.

“As Pride, it is so great knowing I am able to have the chance to help fundraise for so many local events. I was also honoured to open the Christmas Tree festival at St. Mary's Church of Ireland in aid of Circle of Friends and St Mary's window fund. It was such a beautiful event to attend.”

Looking back to winning the Pride in July 2016 Hazel remembers the experience as life changing. “The Pride of Tipperary event is an absolutely fantastic experience and I would highly recommend anyone. It was so surreal at the beginning but during the two weeks leading up to the crowning, I gained so much confidence and some amazing friendships. Before the Pride, I would have died at the thought of being interviewed in front of a crowd, whereas now it’s not a bother on me… it's like second nature. You grow so much as a person and you gain so much confidence that it will change your life. It was strange going on alone without the girls who were in the contest with me, but the support I have received from every one has left me so overwhelmed including my amazing sponsors Bansha Tidy Towns, the Pride Committee and my friends and family.

Hazel loves animals and has visited the local animal shelters in hope of raising awareness for animal cruelty and abandonment and to highlight the issue of how important it is to rescue animals instead of buying from puppy farms. “I am extremely passionate about animals and puppy farms is an issue that was becoming more frequent in the local area. I felt this needed to be brought to attention as they don't have voices, we have to speak for them.”

So what’s next for Hazel? “I’ll be jumping out of an aeroplane doing a charity Skydive for Pieta House; a charity very close to my heart, and after that a charity waxathon. I absolutely love being the Pride as it has allowed me to experience so many different things and go to events that I would have never been invited to and it gives me the opportunity to be a part of fundraising for great charities.”