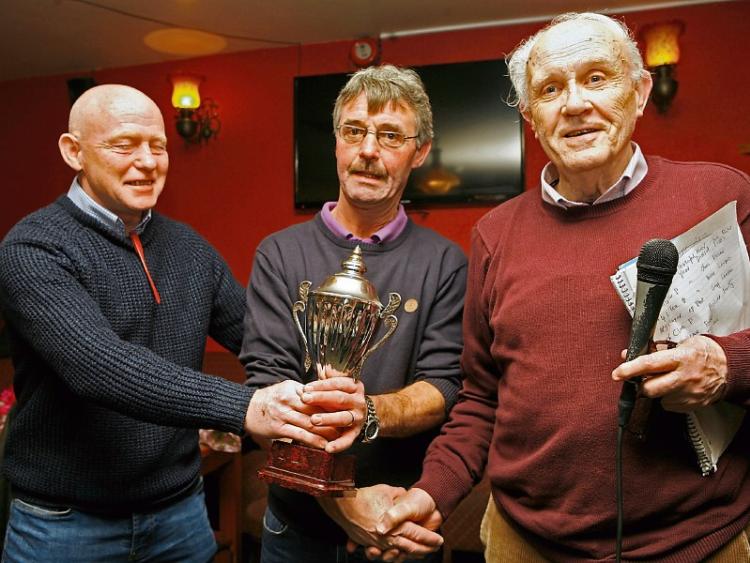 A father and son were among the hurlers past and present honoured at St Molleran's GAA Club's annual awards celebration last Saturday night.

Maggie Dunne's Bar in Carrickbeg was packed with St Molleran's members and supporters for the function.

Bobby Landers received the Club's Intermediate Hurler of 2016 Award while his father Gerry was presented with the Player of the Past award.

James Hogan won the Junior Hurler of 2016 prize while Daniel Fiddis received the Minor Player of the Year award.

The Club Person of the Year award was presented to Noeleen Doherty, a member of the Club's committee.

She won the award in recognition of the huge contribution she has made to the club as a volunteer.

She also works hard securing sponsorship for various club fundraising events and is noted for always being willing to help out at the Club whenever she is asked.

Jack Reade, who played on the Waterford Minor hurling team last year, also received an award and a presentation was made to Gillian Power, the Club's treasurer for the past three years, in recognition of her work for the Club's recent fundraising variety show.

The awards night ended on a hight note with dancing to the music of local DJ Dermot Mansfield.