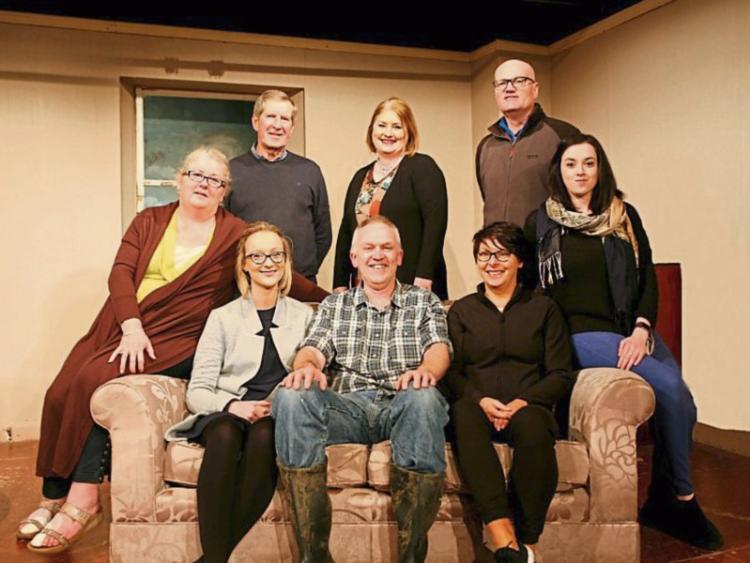 The Rosegreen Players are currently in the final stages of rehearsal for their forthcoming production of Jimmy Keary’s comedy 'The Two Loves of Gabriel Foley'.

The show will be staged at the Rosegreen Community Hall from Thursday, February 2nd to Sunday, February 5th. Performances will begin at 8pm, and booking is advisable.

Tickets are available from O’Dwyer’s Pharmacy, Main Street, Cashel, or can be booked with Pat Cummins at 087 2204034.

The Two Loves of Gabriel Foley is set in Aggie Foley’s farmhouse parlour in rural Ireland sometime towards the end of the twentieth century. Aggie is close to seventy and is keen that her only son, Gabriel – now past forty - will find himself a wife. Gabriel is not opposed to the idea and, to improve his chances, joins the nearby town’s newly established Drama Society - ‘The Prince of Denmark Players’. There he meets Hazel, and quickly becomes infatuated with her, much to the displeasure of Chrissie McCabe from the neighbouring farm, who has always had her eye on Gabriel.

When circumstances warrant that a rehearsal has to be held at Gabriel’s home, the action shifts into full comic gear, with neighbouring farmer, Liam Gavigan, and Aggie’s sister, Lucy Lacey, playing their part in stirring the pot! Adding spice to the mixture are the posh writer and director, Morag Dellamere, and Clive Snell, a self-important member of ‘The Prince of Denmark Players’ who, co-incidentally, also has his eye on Hazel! The part of Aggie Foley is played by Marisa Costello.