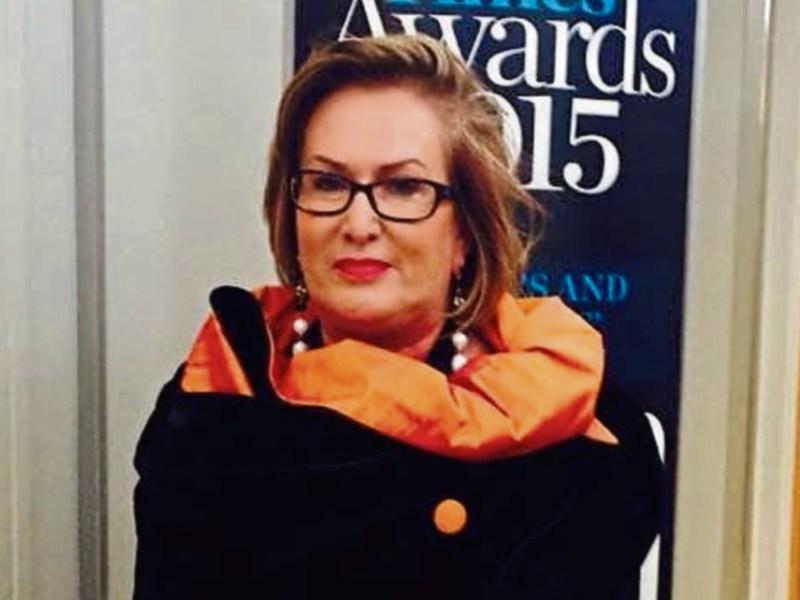 Tributes have been pouring in for a Nenagh woman who has led one of the largest healthcare corporations in Britain and who is retiring after 38 in nursing.

Prof Trish Morris-Thompson is stepping down from her role as director of Quality and Clinical Governance at Barchester Healthcare on February 28.

She will move to the US where her husband, Matthew Thompson, MD, has been appointed chief medical officer with Endologix Inc, developer and marketer of innovative treatments for aortic disorders.

Prof Morris-Thompson has worked in high-ranking positions within both the NHS and the private sector and is a vocal ambassador for nurses and carers.

She is a practicing nurse and midwife and has had a far-reaching impact across different areas of healthcare through her numerous professional and voluntary roles.

As well as being director at Barchester Healthcare, she is nurse advisor to Care England; trustee for the Florence Nightingale Foundation; and a position in the NMC Professional Strategic Advisory Group.

Prof Morris-Thompson has received a string of accolades, including an RCN Fellowship Award for an outstanding contribution to nursing.

“I have thoroughly enjoyed my time as chief nurse at Barchester, where I have been humbled and inspired by the individuals working for the company, who are committed to delivering compassionate, person-centred care for our residents and patients.

“I am delighted to have been an ambassador for staff in this sector. I’m proud of the evolution of the company during my time here and am excited by the plans going forward.”

Leading the tributes, Barchester CEO Dr Pete Calveley said: “She has also been a fantastic ambassador not just for Barchester but for the nursing profession as a whole. I wish her every success in the future.”

Other tributes came from Cathy Warwick CBE, chief executive, Royal College of Midwives said: “Throughout her career, Trish has been a committed advocate for high-quality maternity care and in her various positions has been a strong supporter of midwives. She will be missed by the profession.”

While Prof Martin Green OBE, chief executive, Care England said: “Prof Morris-Thompson has made an outstanding contribution to health and care over her very distinguished career.”

Prof Morris-Thompson, one of 10 children born to Jimmy Morris and his wife Nonie (nee Whelan) is a former student at St Mary's Convent Secondary School in Nenagh, and sister to Nenagh councillor Seamus Morris and well known publican Martin. Her other siblings are Con, Ger, Marian, Bernie and Martina and the late Monica and Jane.

Dr. Thompson served as Professor of Vascular Surgery at St. George’s, University of London and St George’s Vascular Institute (SGVI). He trained at Cambridge, St. Bartholomew’s Hospital, the University of Leicester and Adelaide. His awards include a Hunterian Professorship, the Moynihan travelling fellowship and the gold medal for the intercollegiate examination. Dr. Thompson is also the editor of the Oxford Textbook of Vascular Surgery and the Oxford Handbook of Vascular Surgery. He was Chair of the National Specialized Commissioning Clinical Reference Group for Vascular Services and is a founder of the British Society for Endovascular Therapy. Dr. Thompson is also a Council Member of the Vascular Society, Chairman of the Vascular Society Annual Scientific Meeting and elected President for 2018.