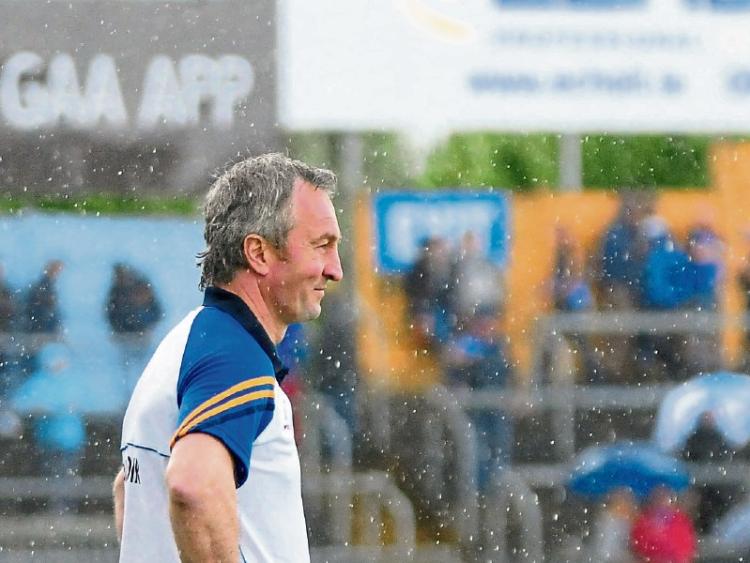 Speaking at the announcement of the award, Liam Myles, President of the Tipperary Association Dublin, stated that when the Association looked for the top Tipperary Person for 2016 – the person who above all others brought pride and honour to the Premier County in 2016 – there was one clear winner. Michael Ryan led an excellent management team and of course a dedicated, spirited and skilful band of hurlers to reach the “holy grail” of hurling in 2016. “He contributed hugely to the winning of the All-Ireland championship in 2016 and built very effectively on the success and efforts by of the previous number of years” said Myles.

He went on to say that “it takes much hard work, dedication and effort to achieve success in the modern game of hurling. The support of the county Board, the huge panel of players and a dedicated and skilled management team including all the specialist backup team are also essential.” “Michael showed that he learned from being involved with previous management set-ups. There is no doubt but his contribution was vital and crucial in getting Tipperary over the line to win back the McCarthy cup after 6 years.”

Myles went on to say that “Michael Ryan has to be credited with playing a key role in the success of 2016, whether it was the successful introduction of a number of key new players, the adoption of the more traditional Tipperary way of hurling and spirit, a bit of ‘lady luck’ or achieving the optimum performance from the team.”

“For the unbounded joy and satisfaction experienced by Tipperary followers last September Michael Ryan fully deserves our thanks and praise and the Tipperary Association Dublin is proud to honour him with the Award of Tipperary Person of the Year for 2016” concluded Myles.

The Association has also announced that Mr Eddie Dalton, Golden, Co Tipperary is their Hall of Fame Award winner for 2016. He has been selected in recognition of his groundbreaking research leading to the final granting of a posthumous pardon to Henry (Harry) Gleeson in January 2016.

“The efforts for Gleeson conducted by Eddie Dalton have been far-reaching, time-consuming, exhaustive and critical. The granting of the posthumous pardon by the State marks a milestone in Irish legal history. It was neither popular not profitable for Eddie Dalton to pursue the cause of Gleeson, living as he did in the very community where these terrible events occurred which makes his efforts all the more heroic. It seems fitting then to mark that milestone event by granting a lifetime achievement award to Mr Eddie Dalton whose research has led without question to this final outcome.”

Both awards will be presented at a special Awards function the date of which will be confirmed shortly.