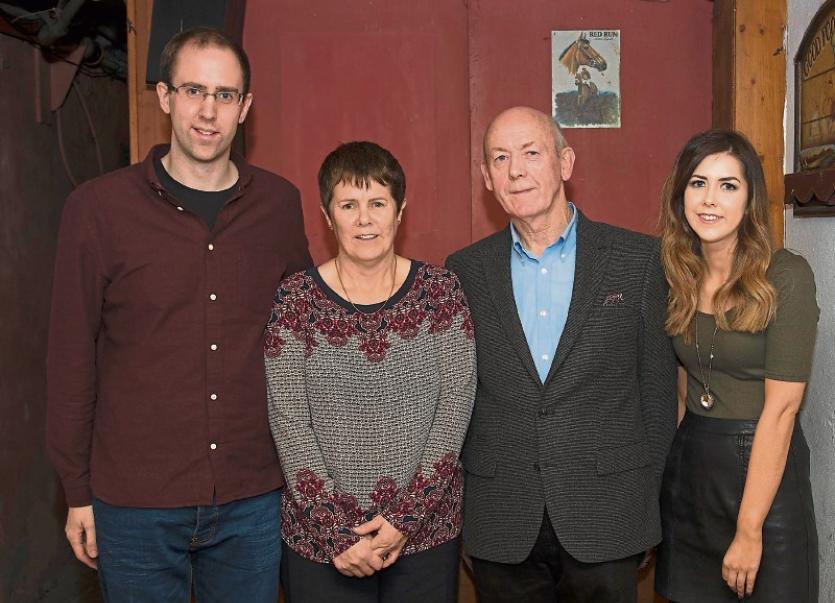 John and Veronica Fogarty with their son Joseph and daughter Maryanne at John's retirement party.

Fethard postman, John Fogarty, made his way around the Coleman, Coolmoyne, Tullamaine postal route for the last time on Friday, January 27.

It was bittersweet experience for John as he had served on the route for almost thirty years.

During that time he had been treated with kindness and generosity by the people he met every day. He had seen children being born, grow up, go way, come back, get married, build houses, begin their own families – generations succeeding generations – the joy of lives beginning an the deep sadness of lives ending.

John started on the postal route in 1987, following in the footsteps of his late father, Joey, who had also delivered on the same route for the twenty years that preceded John’s appointment. But John’s time has come too and he will now be succeeded by his brother, Kevin.

Later on that same evening, John had his retirement party with family and friends in Butler’s Sportsbar, Fethard. This proved to be a very memorable occasion and a fitting conclusion to his long years working as a postman in Fethard.

Members of John’s family, including his son Joe and girlfriend, Rebecca Smith, from Huntsville, Ontario, who made the long journey from snowy Canada, were there. Present also was Anne Connolly, who had been postmistress during most of John’s time in Fethard sub-office and her son, Barry, who was postmaster when the postmen were relocated to Clonmel DSU (Delivery Service Unit) in 2012. Also present were some of John’s colleagues from An Post, including, Pat Brett and Davy Lawless, retired colleagues who had served with him in Fethard sub-office before relocation to Clonmel DSU. 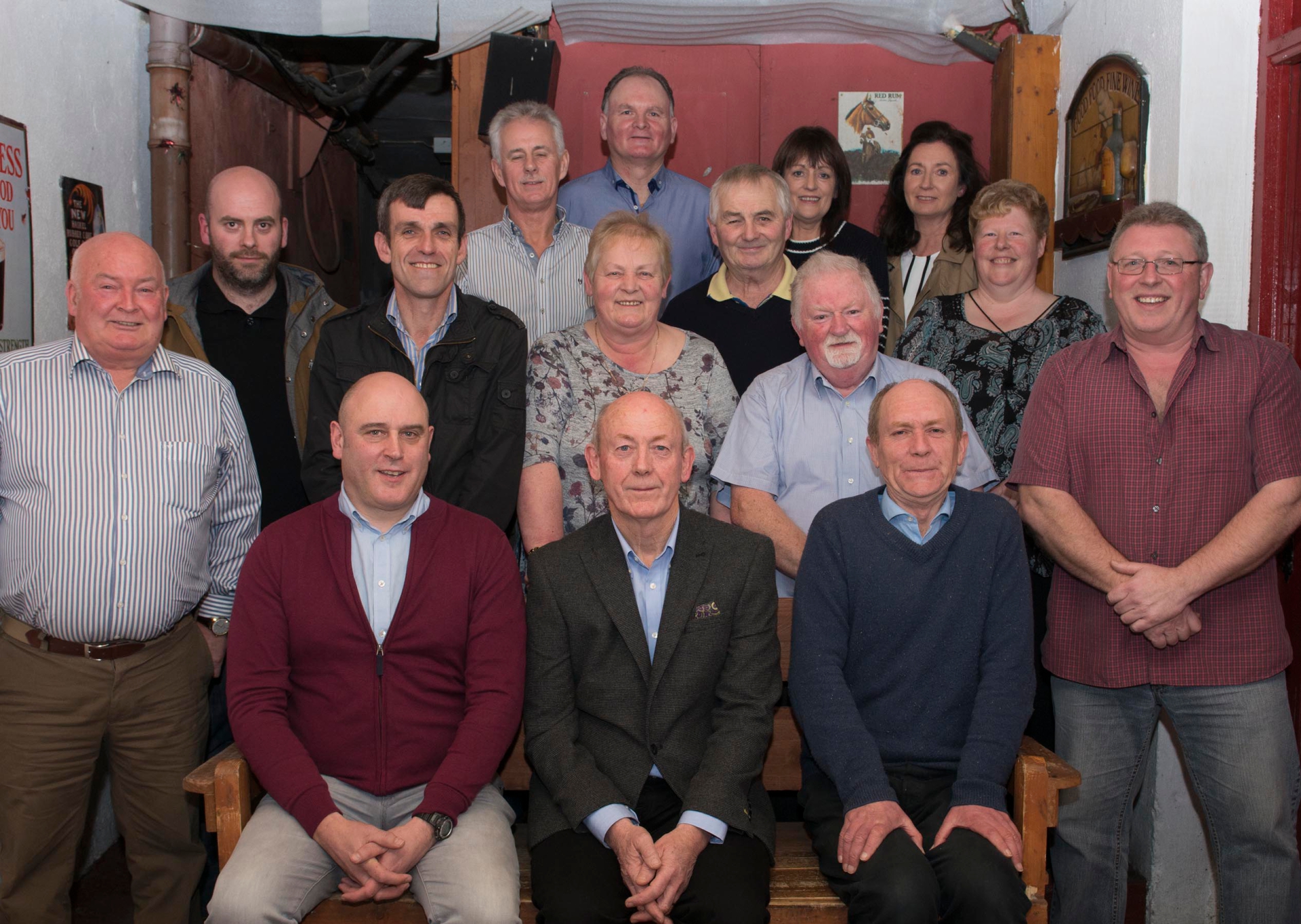 John Fogarty with his work colleagues from An Post, Clonmel and Fethard, on the occasion of his retirement after 35 years service.

John himself then delivered an entertaining speech that reflected on his time as a postman and how fortunate he was in being able to celebrate his retirement with family, friends and colleagues. A number of colleagues over the years, he said, had not had that privilege. 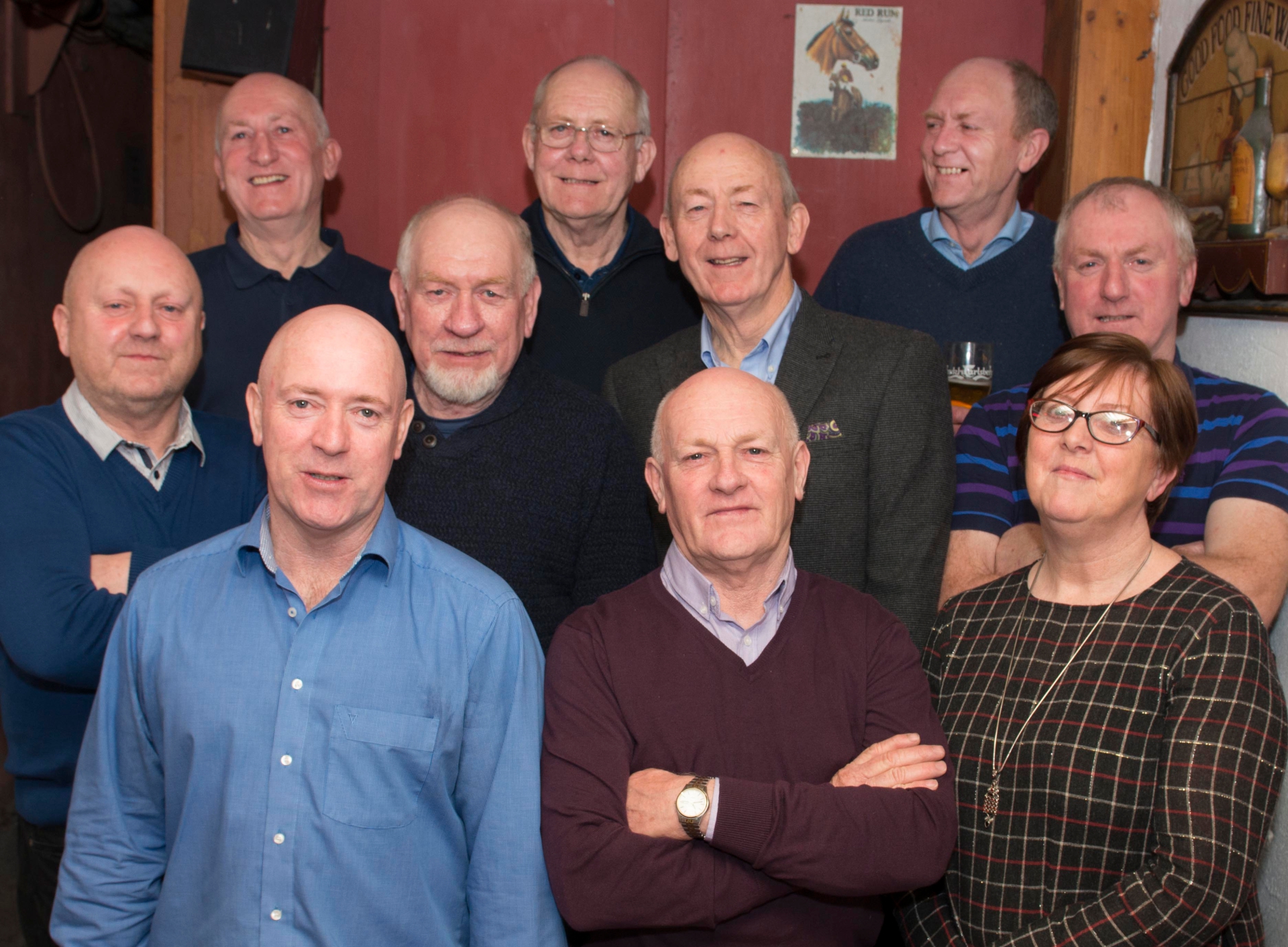 John Fogarty with his brothers and sister at the retirement function - Back, Frank, Jim, Kevin. Middle, Bernard, Pat, John, Tom. Front,  Martin, Gerry and Anna. Missing from photo was Joseph, who was unable to attend.

The real business of the night then got underway: a celebration with an astonishing variety of music from the Pheasant Pluckers, a few songs from the man himself, some hilarious storytelling from John’s cousin, Walter Dunphy, a rafter-raising rendition of ‘Ghost Riders in the Sky’ from John’s colleague, Sean Quirke, and some songs from Jane Hayes. All of which had people singing, laughing and chatting in a uniquely happy atmosphere that buzzed  all night with goodwill.

As John had said in his speech, the night was about an ending, the end of his time with An Post, but for him it was a ‘happy ending’ in the company of family, friends, colleagues and well-wishers. Tomorrow it would be time to move on to ‘pastures new’.