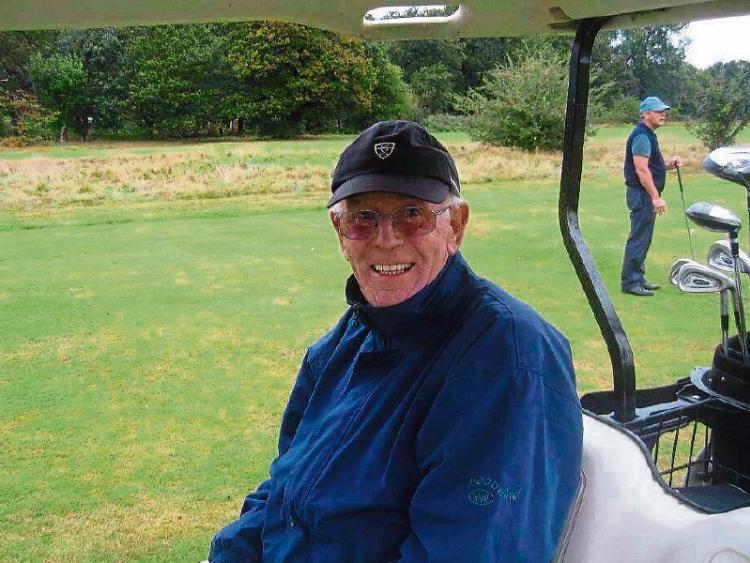 Like many Clonmel people, and  particularly those with an interest in sport, I was touched to hear of the sad passing of Paddy Johnson (Senior) over recent days.

In the  few years when I was playing golf regularly I only ever once managed to  ‘win’ a strokeplay competition at Clonmel Golf Club. I fondly remember it, not so much  for the golf itself but rather for another reason.

It was an Autumn Medal Strokeplay competition about 10 years ago and  I returned an average enough score, nett mind you, in the high Sixties. No one thought for a minute it would feature in the prizes. When the results were posted I was pleasantly surprised to learn that I had finished second. However, the following day, to my surprise, the club notified me that I had been bumped up to first place after the original winner, Paddy Johnson (Senior), had disqualified himself.

Paddy, a very decent low handicapper golfer in his day, had what he considered a very ordinary score and submitted his card without any thought. Only when he realised he had won the competition did he immediately inform the club to disqualify him. Apparently, on the course, one of his fellow competitors who had purchased a new expensive putter was having no luck with it. Having listened to too much woe about the putter, Paddy took it from his colleague  on one particular green when taking a long putt himself. As if to prove a point, Paddy gloriously  sank the putt. He returned the putter to his colleague and ‘sweetly’ told  him that it wasn’t the putter that was the problem  but rather the guy holding it. Of course, on being informed of winning the competition, Paddy  realised, that he was technically outside the rule book and rectified the matter without giving it a thought.

I met Paddy one summer night’s about a year ago out walking  (with his beloved dogs) and I stopped him and reminded him of that day. He had forgotten all about it but then it came back to him. He appreciated it. I thanked him for his sportsmanship which  he quickly brushed aside as being what every golfer would have, or should have, done. He joked also that he was still ‘cut’ for his returned score  but he had no problem with that ruling either. An hour or more later we were still talking with anecdotes galore of all sports, soccer in particular, and a career that went on forever it seemed.

So whatever prize  I won or didn’t win that day  is long gone and well forgotten, but Paddy Johnson’s ‘touch of decency’ always remained. How many would do it today in the game of golf? He was a very decent golfer in every sense of the word.