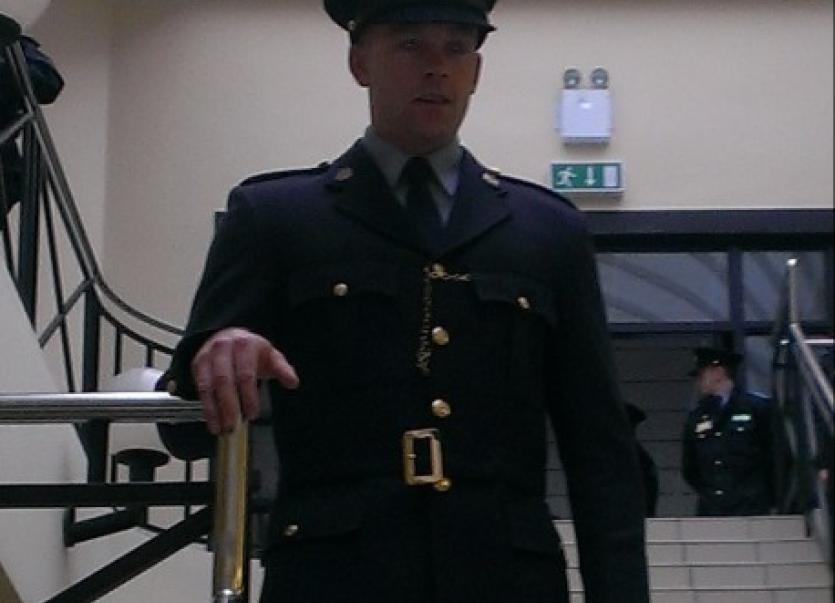 Padraic Maher on his graduation day in The Garda College Templemore

Tipperary hurling captain and defender Padraic Maher has graduated from the Garda Training College in Templemore and will be stationed in Henry Street in Limerick.

Tipperary hurling captain Padraic Maher was among 149 new Gardai who graduated from the Garda Training College in Templemore this afternoon after thirty two weeks of preparation.

The double All-Ireland senior hurling medal winner, who was named captain of the Tipperary team before Christmas, will be stationed at Henry Street Garda Station in Limerick and will begin work on February 20th. 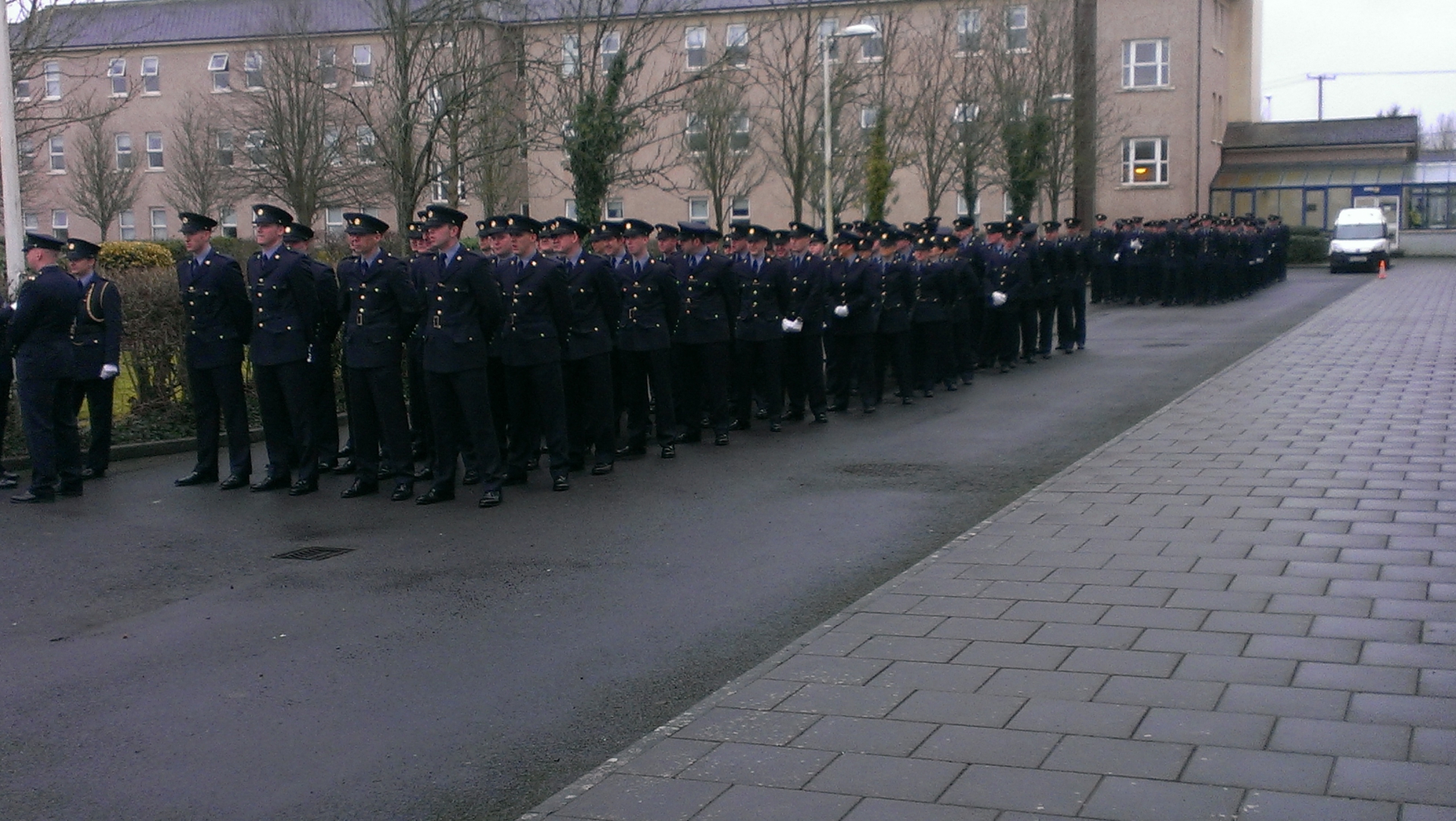 The new Gardai stand to attention prior to the commencement of the drill display.

He was joined by 118 males and 31 females in the College for the event, as well as family members and friends. However, the Gods did not smile favourably on them for the occasion with the famous drill display, for which they had spent many hours preparing, conducted during heavy bouts of rain showers. Still, the conditions did not dampen the enthusiasm of the new Gardai or their families who were congratulated warmly by Commissioner Noreen O'Sullivan.

Garda Kevin Seymour, Nenagh who will be stationed in Kilkenny.

Garda Matthew Kennedy, Ballykisteen, who will be stationed in Kilkenny.

Garda Matthew McGrath, Drom, who will be based in Portlaoise.

Garda Padraic Maher, Thurles, who will be stationed in Henry Street.

Garda Diarmuid Ryan, Anacarthy who will be based in Portlaoise.

Garda Damien Kennedy, Thurles who will be based in Portlaoise.

Garda Sean Flynn, Nenagh who will be stationed in Portlaoise.

Five of the Gardai who graduated will be stationed in Clonmel Garda Station.