Frustration at lack of work on Pedestrian Crossing 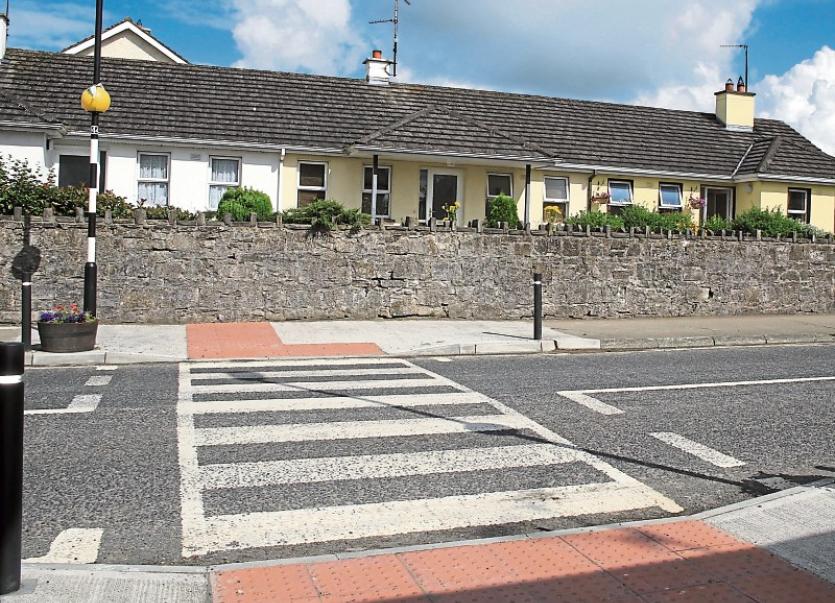 The lack of progress in improving the pedestrian crossing at Boherclough Street in Cashel drew the attention of councillors at the recent meeting of Cashel Tipperary Municipal District Committee.

“The light is literally hanging by a cable,” Cllr Tom Wood told his colleagues raising the matter. He said there was no progress at the site since the last council meeting and now this further damage had occurred.

“It’s a very serious situation, especially with the amount of traffic,” Cllr Wood said. “It’s gone beyond a joke, it’s too serious to leave it, it’s only a matter of time before there’s an accident on Boherclough Street.”

Cllr Martin Browne said the issue was “going on 12 months” and asked why was there a delay.

Cllr Roger Kennedy raised the fear that there is power going to the light cable and if it becomes damaged it could become ‘live’ and become a very dangerous issue.

Executive Engineer Darby Mullen said he had spoken to the developer in the area who had some responsibility for the pedestrian crossing and told the meeting that the equipment had been ordered and should be available in the coming weeks.

He said he would get an electrician to check the broken light and make sure it was safe for the public.

Cllr Wood said the situation was still uncertain. “I think we are getting to the stage now that the authority here will have to consider carrying out the work and charging it to the developer. It’s going on for too long.”