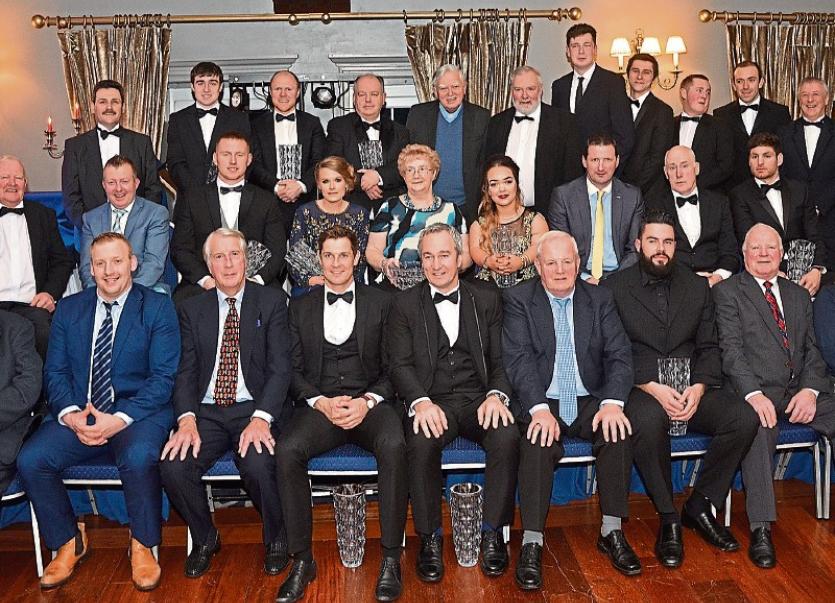 Over 200 guests and award winners were regaled with yarns of sporting prowess at this year's Roscrea Sports Star Awards, honouring athletes of track and field from across Co. Tipperary and neighbouring Offaly.

The Racket Hall House Hotel ballroom was packed with recipients and well wishers for the awards night, one of the highlights of the social and sporting calendar in Co. Tipperary.

Attending one Championship game as a rookie goalkeeper back in 1995, he had to take a taxi to Thurles, where the driver, who didn't recognise the then 20-year-old, told him they could win the game, but only if they got “rid of the goalie.”

Mr Cummins said he'd never forget the look on the driver's face when his identity was revealed, and secondly: “I resolved I am going to prove you wrong. My goal setting started then.” Setting goals is key to sport, maintaining focus, and remembering the number 168: “That's the number of hours in the week.” Eight hours would be spent with trainers, while the other 160 hours “would separate me from the other competitors in the arena. I couldn't say I was going to win an All Ireland, I had no control over that. But I could decide I wasn't going to eat chocolate for the full term of the Championship. If you don't set goals for yourself, you'll only end up living your life helping others to achieve theirs,” said Mr Cummins.

First up to accept the Athletic Award was Templemore Athletic Club. The Badminton Award went to Colaiste Phobal U19’s Boy’s Badminton Team, while Aisling Burke collected the silverware in the Camogie category. The Gaelic Football prize went to Philip Austin, while in Golf, Bobby King was honoured. This year's Paralympic Sports Award was granted to Sinead Keon, and in Rugby, Shane Delahunt was the worthy recipient.

The Manager of the Year Award was given to Tipperary Senior Manager Michael Ryan, while Diarmuid Ryan collected the Youth Award for his achievement in Gaelic Football and Hurling.

The recipients of this year's Club of the Year were Borris-in-Ossory/Kilcotton GAA Club, formed in 2011.

The Hurling prize went to Seamus Callanan, while the Special Recognition Award went to the veteran hurlers of Clonakenny Intermediate Hurling & Football Team, now celebrating their 50th Anniversary, for their succes in 1966-'67.

Hurler Dinny Cahill won the Contribution to Sport Award, and Kathleen Downes Treacy collected the prestigious Hall of Fame Award for paving the way for ladies' Camogie back in the 1950’s and 1960’s. Dinny said he was privileged and honoured to be the recipient, and that he was grateful for all the friends he has made over a lifetime of sport.