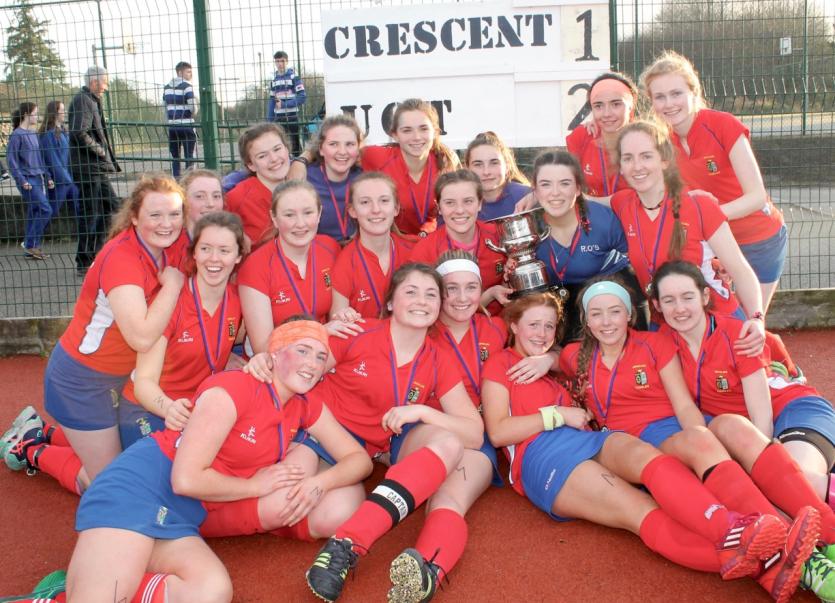 Pictured are the Ursuline Convent, Thurles team which defeated Crescent College Comprehensive 2-1 in the Munster Senior Schoolgirls Cup final at Loreto, Fermoy on Friday - 1997 was the last time that

The Ursuline Convent, Thurles won its third Munster final in as many weeks with a victory over old foes Crescent in the Munster Senior A Hockey final. The team headed off to Loreto Fermoy at around 10am to do a pre-match warm-up and familiarise themselves with the venue while six buses of supporters followed at lunchtime. Flags, banners, bódhrans and enthusiastic shouts of 'C'mon Ursuline' meant that the team was encouraged and energised by the 'Yes we can' attitude amongst their faithful followers.
The opening minutes of the game were dominated by the girls in blue and red.
They settled themselves and seemed to be creating chances right from the get go. They finally capitalised on these chances when Caoimhe Perdue brought the ball into Crescent’s 25. She passed it to Mia Ryan who then swept it across the goal to Jill Shanahan. Jill pushed it into the corner and when it hit the back-board the Ursuline supporters erupted. Crescent replied with a goal almost immediately from off the stick of Munster player Niamh O'Keeffe.
The second half began and the pressure was on. The Ursuline team worked as a unit and cleared each ball that entered their 25. Just before the tenth minute sub Izzy Walsh travelled to the base line and sent the ball across to Sarah Murphy at the far post. She took the shot and found the back of the goal to give UCT a precious lead. And, Ursuline would doggedly hold onto this lead despite a renewed and concerted effort from Crescent to equalise. After the second goal, Ursuline was under pressure to get the ball out and the whole team was back in their 25 trying to clear it. Eventually the ball was brought to the other end of the pitch and Ursuline had a short corner. Breana O Gorman pushed the ball out and was stopped by Ruth Herlihy. Caoimhe Perdue took the direct shot. It was deflected off a crescent stick and sent over the goal.
The outstanding display shown by the Ursuline defence was to prove impenetrable in the second half.
When that shrill, sharp sound finally came to signify the end of the game and a glorious win the crowds came rushing onto the pitch from all angles. The cup was presented to captain Brona Dowling amid jubilant scenes as the Ursuline became Munster Senior A champions for the first time since 1997. The twenty-year wait had finally come to an end.
The full-time score read Ursuline 2-1 Crescent.
Well done to all hockey coaches throughout the school and throughout the last 20 years who have given so much to the game.
Special praise must go to senior A managers and tacticians Sandra Rossiter and Eimear Cregan who have waited for this win for so long. It makes all the previous heartaches worth it.
Team: Rose O'Sullivan, Brona Dowling (captain), Ruth Herlihys (vice-captain), Breana O’Gorman (vice-captain), Isobel Collins, Caoimhe Perdue, Roisin Collins, Ruth Hassett, Izzy Walsh, Niamh Long, Jill Shanahan, Sarah Murphy, Mia Ryan, Rebekah Collins, Eimear McGrath, Ciara Nyland, Aoibhinn Fanning, Shona Power, Katie Condon, Georgina Murray.
Management team: Sandra Rossiter and Eimear Cregan. 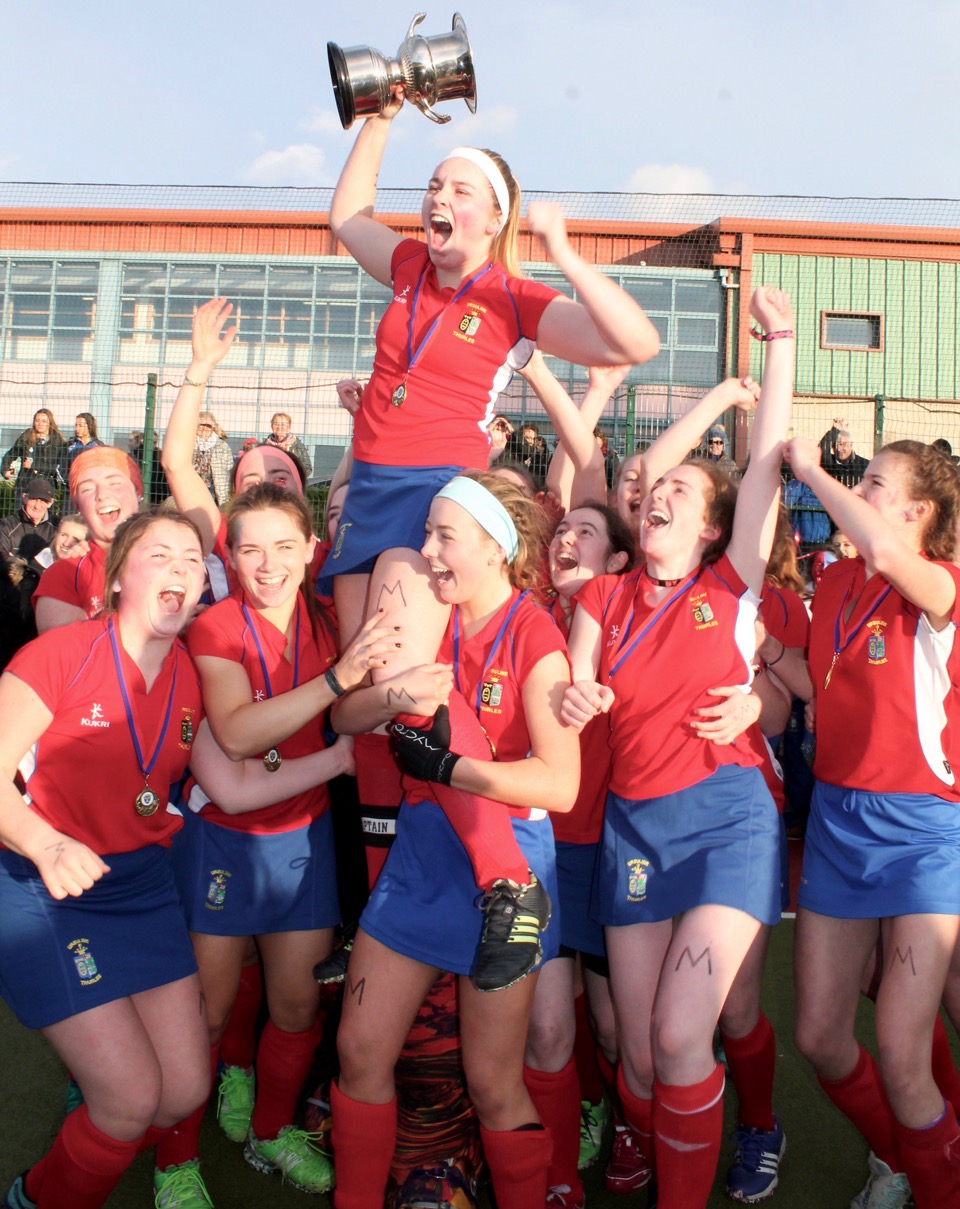