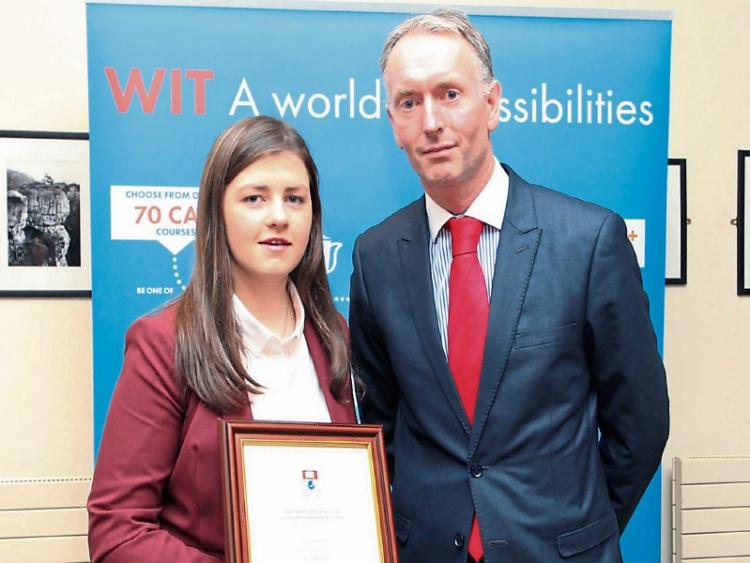 Prior to taking up her studies Róisín received one of the four President’s Awards from WIT. The recipients of the President’s awards are individuals of outstanding ability who have demonstrated leadership through a number of areas and Róisín excelled in social innovation (Gaisce awards) and making a difference in a community. There were four stages in the selection process and she was then shortlisted for interview.

The head of science was among those on the interview panel. When Róisín was awarded the accolade she was appointed student ambassador and is involved in any event that happens in WIT. So far Róisín has been involved in two Open Days and gave tours of the college, giving talks to students interested in her course and telling people about WIT.