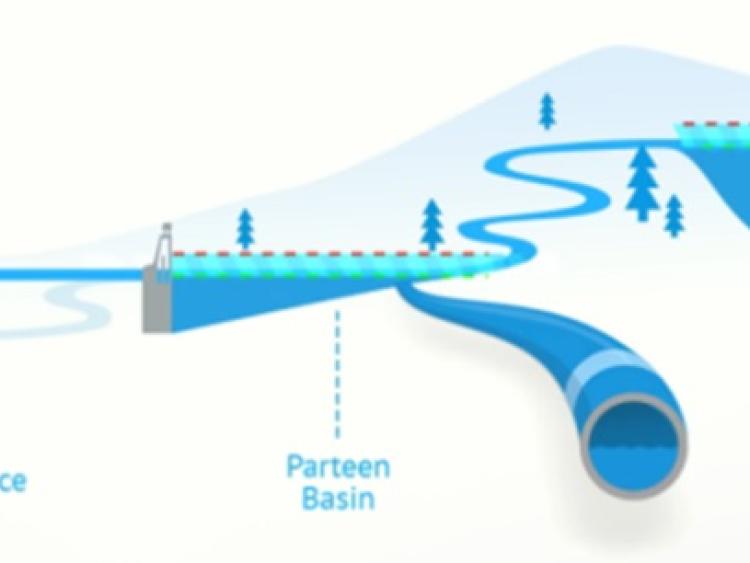 A local councillor has called for any decision by Irish Water to build a 172km pipe from Parteen Basin to Dublin to be legally challenged.

The call was made by Cllr Michael O'Meara at an Irish Cattle and Sheep Asociation meeting on the issue in Ballycommon.

“If there is a need for this pipe, prove it,” he said.

The meeting which was attendned by farmers, local councillors, community groups and TDs, was unanimous in rejecting the pipe going through Tipperary farmland.

Under the Irish Water plan it is proposed to take 333 million litres of water a day and pump it to Cloughjordan via a new treatment plant in Birdhill. From Cloughjordan, natural gravity will draw the water to a reservoir outside Dublin. It is estimated that the cost of the project could reach €1.2bn and could take years to complete.

Cllr O'Meara said no compensation would pay for having the pipe through your land, pointing there would be a draw on title deeds “for eternity”.

Referring to constraints on the farming community, he said that Irish Water can take a pipe from Parteen to Dublin , but farmers couldn't cut the reeds at Skehanna.

“Land will be sterile from here to Dublin,” he said. “The way leave could be 100 metres. Why don't we just say Dublin has enough.”

Donal Devanny, chair of Ballycommon Development Assocaition, raised concerns over the depth of the local aquafier.

“This is a limestone area. It is probably about six feet underground. We are greatly concerned because we don't think this has been thought through,” he said.

Mr Devanny also feared the only road into Dromineer would be impassable if the work went ahead.

Cllr Seamus Morris called Dublin a “greedy capital” that had grown to a level that was not sustainable. “When are we going to shout 'Stop' and call a halt to the growth of the East Coast. We will be forcing our children and grandchildren to follow the pipe to Dublin.”

He also warned that the ecosystem of Lough Derg could be destroyed by the pipe as well as local roads by heavy lorries taking sludge from the proposed treatment plant at Birdhill.

He pointed out that with all the talk of extra houses being needed in Dublin, there was no mention of any of them being fitted with rain water harvesting systems.

Meanwhile, Cllr Ger Darcy warned that the pipe would cut across farmyards and could have implications for security.

“The job will be tendered out and probably sublet and they could do real permananet damage to the land. The land will be out of commission for up to three years,” he saidd.

He uged people to make submissions to Irish Water before the February 14 deadline.

Cllr John Carroll called for a proper cost benefit analysis on the project. “We are spending €1.2bn to lose 47 per cent of it in the ground,” he said.

Knigh farmer Liam Mininihan of Fight the Pipe said there would be a legal challenge at every point, but that eventually it would be fought on budget.

Mr Minihan quoted from the Kennedy Report into the plan, caried out by barrister Emma Kennedy, and said it showed that a lot of the original figures used to justify it were incorrect and once they were corrected it would be shown there was no need for it.

Deputy Jackie Cahill supported Cllr Darcy on who the contractors would be, saying: “A foreign company won't give a damn about how the land will be put back.”

One speaker from the floor said that then Minister for the Environment Alan Kelly had sold them the project on the back of providing 15 jobs in Birdhill and 1,000 at construction phase.

“The man that sold it to us is not here tonight and that is bad form,” the speaker said.

Deputy Kelly sent apologies for not being at the meeting.