Tributes pour in for Cashel photographer and Nationalist correspondent 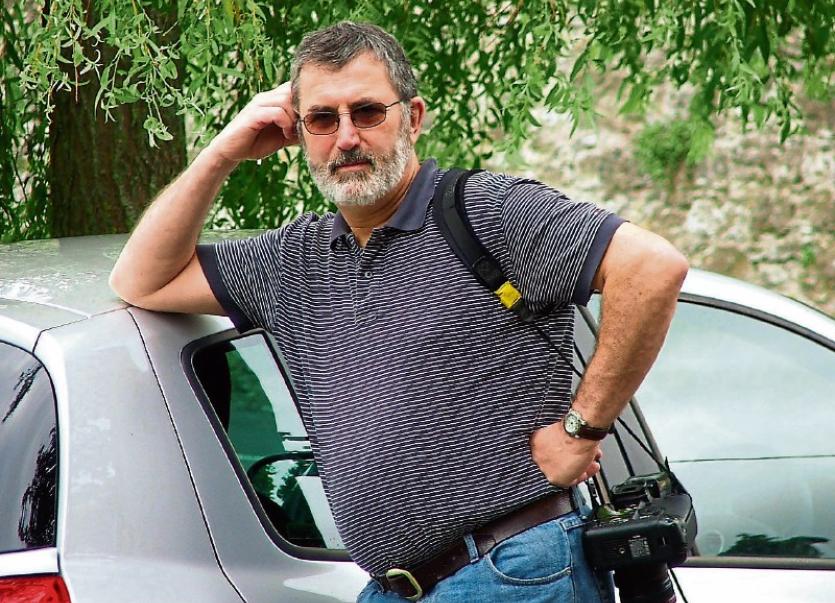 Mickey McDonnell as we knew him best...

Gifted Cashel photographer and loyal friend to many Mickey McDonnell has passed away this morning, following a long illness.

Mickey was more than a familiar face in his beloved home town – he knew everyone and everyone knew him. Generations of Cashel people were his friends – from his ‘old’ friends in Mikey Ryans, where they used to meet for a morning cuppa, to the ‘youngsters’ in Cashel Community School, where even the first years had a ‘Hi Mickey’ as he walked down the corridor.

Tributes have poured in this morning to a man who had a gift for putting people at their ease and the magic touch with a camera to make them look out on the world always at their best.

The town of Cashel is in sadness this morning following the news. Community groups and organisations have paid tribute to the man who for many years brought their news and stories to the community. He was a familiar sight making his way around town, and further afield, on his trusty bicycle.

While Mickey was well known as a gifted photographer, those who knew him well were also familiar with ringing him and having to compete with the strains of Beethoven, Mozart, or his personal favourite, Mahler on his always top-of-the-range stereo. He loved classical music.

Mickey was also a talented sportsman in his youth. Described as an outstanding footballer, he was a member of the 1974 St Michael’s team who won the FAI Junior Cup.

As a photographer Mickey was there for all the important moments in Cashel life – from birthday parties in local pubs to events that made international headlines. In May 2011 it was Mickey who captured the historic first ever handshake between Queen Elizabeth II of England and a Sinn Féin politician, Mayor of Cashel Michael Browne. The Queen was visiting the Rock of Cashel as part of her official visit to Ireland.

Mickey will be remembered not only as a gifted photgrapher but as a hard worker,  an animal lover, a loyal friend and a true Cashel man. We will miss him.

Reposing at Devitt’s Funeral Parlour this Thursday from 5.30pm with removal at 7.30pm to St. John the Baptist Church, Cashel. Requiem Mass on Friday at 10.30am followed by burial in the adjoining cemetery.