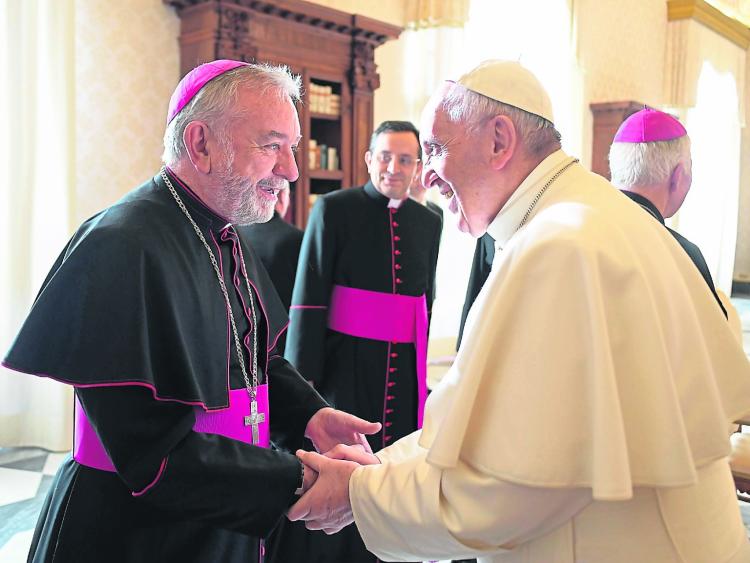 Archbishop Kieran O'Reilly, in an exclusive interview this week with The Tipperary Star has said that he is in favour of introducing the Ministry of the Permanent Diaconate to Cashel and Emly.

In an exclusive interview in this weeks Tipperary Star, Archbishop Kieran O'Reilly, Archbishop of Cashel and Emly, says that he is in favour of introducing the Ministry of the Permanent Diaconate to the Archdiocese to help deal with the demands being placed on dwindling clerical numbers.

The Ministry would allow for married men performing limited duties within the Church including baptisms, marriages, funerals etc. but would not permit the celebration of the Eucharist. And, discussions have already taken place with the Council of Priests about such a move.

By 2018 there will be 100 permanent deacons in Ireland officiating at many Church events and the 3/4 years of training required would help pave the way for the Ministry of the Permanent Diaconate in Cashel and Emly also - interestingly the Archdiocese has no parish of the 46  without a priest at the present time, despite the declining numbers.

Archbishop Kieran also speaks candidly about his Ad Limina visit to Pope Francis and reveals the message to be shared with the people on the importance of family.