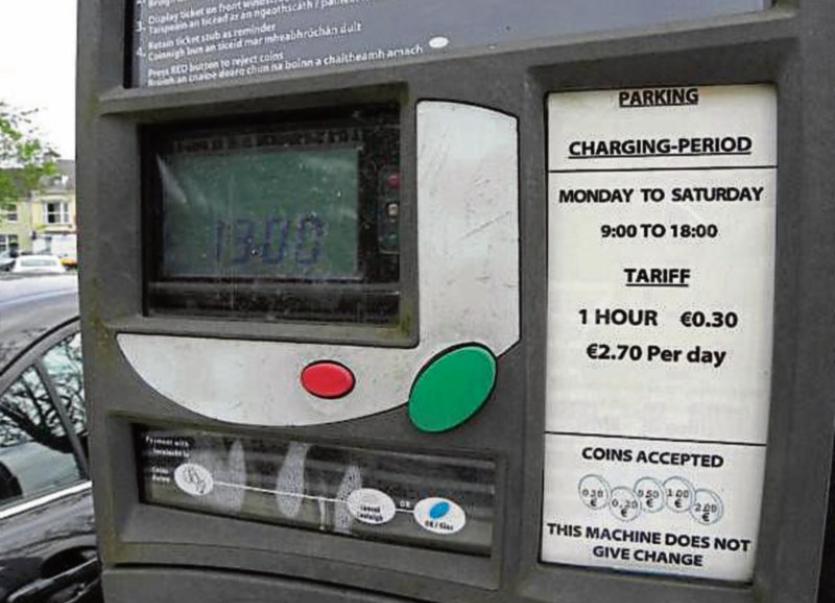 €325,771 was raised in parking charges in Cashel town last year - but more than 75% of that has been invested back into the town’s parking facilities.

The figures were revealed at the recent meeting of Cashel Tipperary Municipal District Council.

Cllr Tom Wood said that there was a perception that parking charges in Cashel generate a significant income and asked for County Council management to provide figures and information on who manages the system.

The income from car parking in Cashel town in 2016 was €325, 771 he was told. The total expenditure related to car parking is estimated to be €246,955, more than three quarters of the income.

It was explained in a written response to Cllr Wood’s query that the expenditure includes direct and support costs for the day-to-day running of the service.

In addition to this there are regular capital costs associated with the upgrading of the car parks and the replacement of pay and display machines, as the need arises. For example spending on the installation of the new barrier system at the Rock car park and further development works are required in the town car parks on an ongoing basis.

There were also substantial costs associated with acquiring land for car parks.

The operation of pay and display in Cashel town is managed by Tipperary County Council.