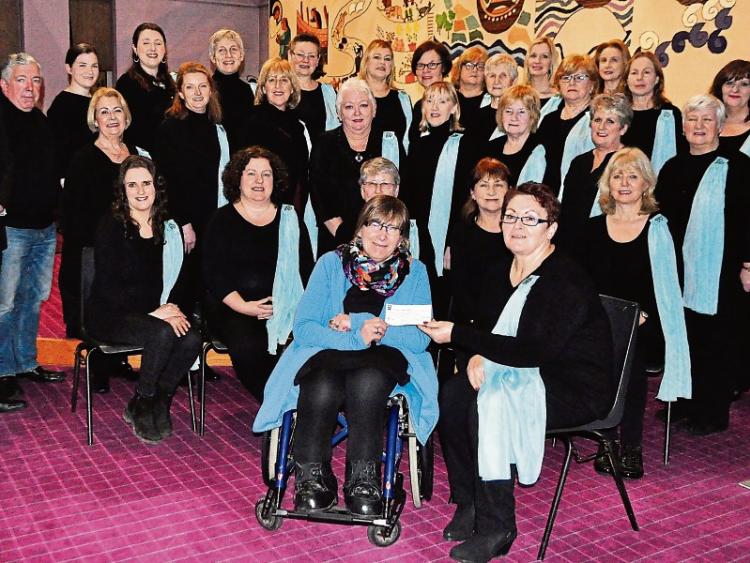 The club teaches swimming to people with disabilities and receives no government assistance. It depends on its own fundraising to keep operating and provide such a valued service.

The candlelit concert in Ferryhouse was a huge success and as well as the performances of the choir, under the direction of Eamon O'Malley and accompanied by Jennifer Williams, there were performances from 14 year-old Alanna Gilbert on the clarinet; Marie Kelly, a singer and award-winning comedienne from the Carrick-on-Suir Musical Society; and singer Sean Callaghan, accompanied by Dave Corbett.

Belle Voci choir are members of the Association of Irish Choirs (AOIC) and were formerly known as the Glory Day Singers. The name was changed to reflect their extended repertoire of classical, sacred, traditional, Irish and popular songs.

They are fortunate to be under the direction of Eamon O'Malley, himself a talented musician, who has worked hard to help members achieve good vocal ability to create the blend of soprano, mezzo and alto, the three parts in the all-female choir.

The choir have had a busy year. As well as their summer and Christmas concerts, they travelled to Prague where they were the only Irish choir to participate in the Advent Choral Festival held in late November.

They participated in the AIMS Choral Competition held annually in New Ross in May. Locally, they performed in the Community Resource Centre, Kickham Street for GROW Mental Health Awareness Week last October, sang in Tesco in November to fundraise and did carol singing in the supermarket at Christmas.

They sing at Mass once a month in St. Joseph's Church, Ferryhouse, and are grateful to Fr PJ Fegan for the use of the church for Monday night rehearsals and the Christmas concert.

The choir are holding a fundraising general knowledge table quiz in Liam Daly's bar on Thursday, March 9th at 8.30pm.

Tables of four cost €20 and there will also be a raffle. All are welcome.