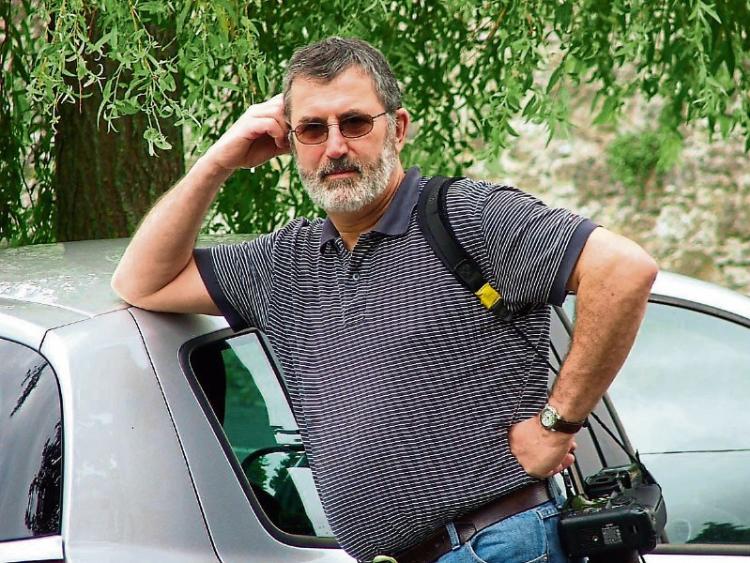 St. John the Baptist Church, in Cashel overflowed this morning as hundreds gathered to pay a final farewell to Mickey McDonnell of Dominic Street, the late Tipperary Star correspondent in Cashel.

Mickey passed away peacefully at Waterford University Hospital on Tuesday and news of his death spread quickly in his native Cashel where he was a much beloved member of the community.

Hundreds turned out last night to bid farewell to him as he reposed at Devitt’s Funeral Parlour before his remains were taken to St. John the Baptist Church, led by Cashel Brass Band and with guards of honour from Cashel Choral Society and the local soccer club.

This morning hundreds more heard of the rich life which Mickey had lived in his native Cashel. He had commenced his career as a carpenter but then turned his hand to photography, at which he excelled. He was studious in his determination to capture the perfect ‘shot’ and very many homes in Cashel and its surrounds are the proud possessors of his work.

He was also a passionate admirer of William Shakespeare and of classical music, particularly Mozart, and some of the Bard’s sage words were delivered at the end of the funeral ceremony.

The great love of his life, Mandy, who predeceased him by four years, was also remembered at the Mass.

He was beloved son of the late Christopher and Alice and partner of the late Mandy. He is also deeply regretted by his loving brother Noel, sisters Maria, Kitty and Breda, Mickey D’Arcy and his wife Francis, brother-in-law Gerry, nephews Kelvin, David, John, Daniel, Noel and Liam, nieces Christina and Alison, grandnephews, grandnieces, uncle Gussie, aunt Nancy, relatives, neighbours and many friends.