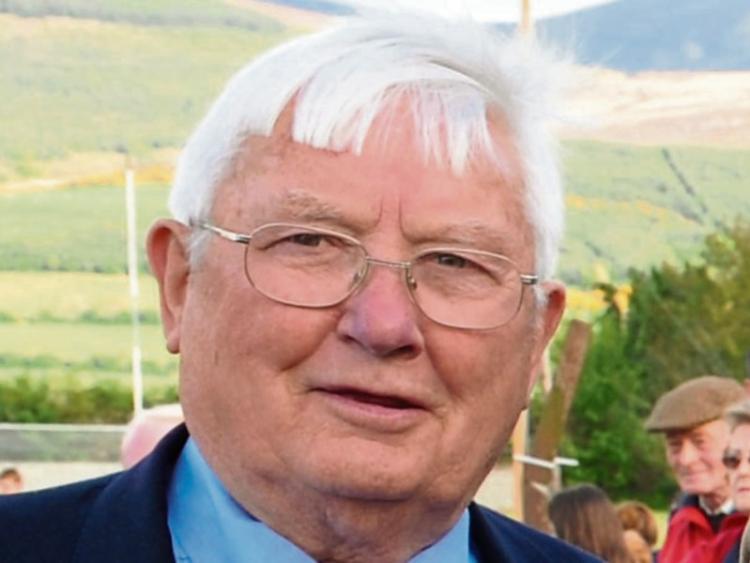 Fr Sheehys GAA Club, Clogheen, have paid a moving tribute to their loyal clubman Tom Cusack who has died -

We were sadded to hear that our Club President and stalwart Tom Cusack passed to his eternal reward on Wednesday last.

Tom had shown remarkable resilience and determination in battling illness over a long period of time. His ability to bounce back from many setbacks was legendary and inspiring. We will remember him for his impeccable honesty and dedication to our Club.

Tom was a Ballyporeen man and proud of  his roots there, he transferred allegiance to our predecessors Burncourt Clogheen in the late 1950's on his return from England after marrying Clogheen native,his beloved wife Kitty McGough.

This was a transfer that our club benefitted enormously from over the next 60 years. In 1960 he was right corner back on the Burncourt team that captured South and County Junior Football titles. Corner backs are corner stones of teams, Tom became a corner stone of our Club.

He was involved in negotiations with the land commission that secured our current grounds in Cooldevane. He served as Chairman, as long serving committee member and selector on the 1984 county winning Intermediate team.

His son Albert lined out with club teams whilst travelling from their home in Clonmel. Any club request Tom was first to volunteer and this continued up till the very end. He was never shy to let his opion be known and was deeply respected for this.We were delighted he accepted the position of Club President in 2015.

Tom represented our Club with distinction as Treasurer of the South Board and County Football Board for almost two decades. His attention to detail and integrity in these positions was renouned. He acted as a Selector on the County Junior Football team. Incredibly his biggest devotion was to the South Board GAA Center in Clonmel where he acted as Treasurer. It's not an exaggeration to say he kept this building going through fundraising and daily commitment of his own time for a long number of years.

carry Tom to his final resting place in Shanrahan. We thank the Cusackfamily for affording us this opportunity to say farewell. To his close friend Sean Nugent who delivered the graveside oration we also say thanks. We offer our sincerest condolences to his children Albert and Marie and to the extended Cusack family on their loss. We too will miss Tom greatly. May the Shanrahan sod rest gently on his soul. Ar dheis de go railbh a h-anam.