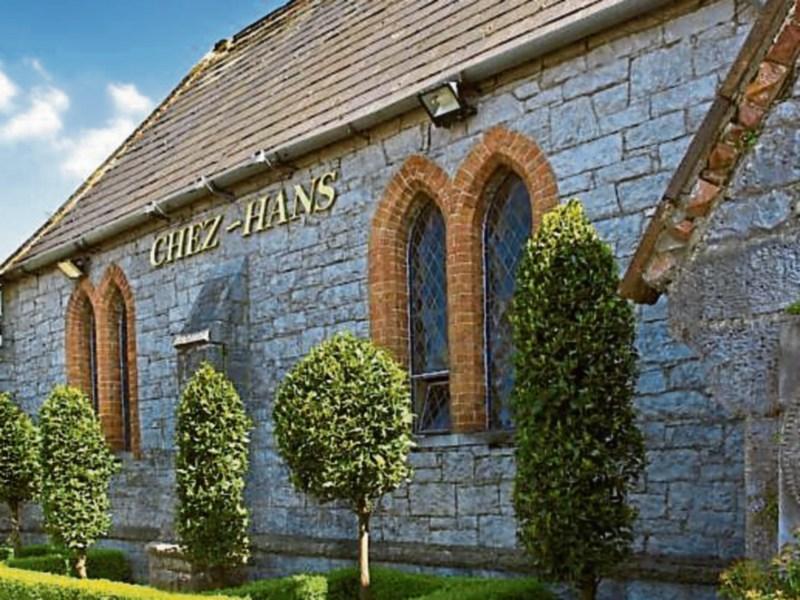 Two of Tipperary's most prestigious eateries have been recognised in this year's John and Sally McKenna's Guide 2017.

Both 'Chez Hans' in Cashel, and The Old Convent, Clogheen, have long established reputations for fine dining. Their reputations will be burnished by this latest accolade, which names them as two of the Top 100 restaurants in Ireland in which to eat.

According to the Guide, “the Matthiae brothers – Jason, Stefan and Hansi – head up a trilogy of restaurants in County Tipperary, with Chez Hans and Café Hans now joined by the excellent Stef Hans Café in Thurles.

“But it is the original of the species – Chez Hans, a de-consecrated church sitting under the shadow of the Rock of Cashel, founded in 1968 – that remains the beloved destination for food lovers in the county.

“Jason Matthiae’s lush, rich cooking never swerves from its classical path, so you come here to eat King’s Farm chicken with Madeira sauce, and Dublin Bay prawn cocktail, and Dover sole on the bone with crab meuniere, and vanilla rice pudding with prunes and Armagnac. The cooking never misses a beat, and the room is one of the best big night out destinations in Ireland.

Regarding the Old Convent in Clogheen, McKenna's Guide 2017 quotes Paddy Foyle, Dermot Gannon’s first ever employer in Clifden, Connemara: “He's an Alchemist” is how Paddy described his protege to us.

“It’s true. Mr Gannon is the Merlin of the kitchen, a vivid and intense creative spirit who makes the most beautiful things.

“He brings the foods of his region to his kitchen, and he makes magic with them throughout inspired set menus that offer the flavours of the county. It’s a wise idea to book a room, as breakfast is as good as dinner.”

Congratulations to both restaurants.

John & Sally McKenna's Guide describes itself as a connoisseur of “all the best places to eat, shop and stay in Ireland, a local guide to local places”.