Tipperary celebrates contemporary women by honouring Women of the Rising

Exhibition to be launched in Clonmel on March 8 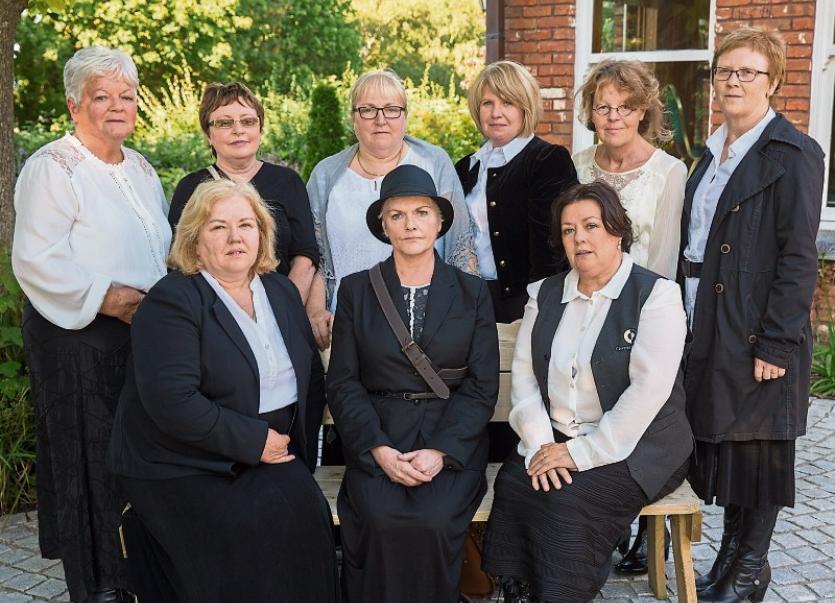 The ‘Women of the Rising- Rising of the Women’ project was created in late June 2016 and has developed into an exhibition that will be launched at Tipperary County Museum in Clonmel on Wednesday 8th March, which is International Womens Day.

The project was first inspired by the book ‘Richmond Barracks 1916, We were there – 77 women of the Easter Rising’ by Professor Mary McAuliffe and Liz Gillis.

All of the women imprisoned had seen active service as first aid volunteers, missive carriers and snipers, as well as helping ‘backstage’ in providing supplies, meals and respite during the week-long uprising.

The project and event aimed to commemorate the spirited women of 1916 - the ‘boldest and most unmanageable revolutionaries’ as notoriously coined by Eamon de Valera.

Many of the women were until recently ‘airbrushed’ out of history.

Theresia Guschlbauer, the artist who devised the project, is delighted that the project is getting another viewing as she is fascinated by the indomitable spirit of those women.

Much has been uncovered about their lives, and yet much more remains to be discovered. Theresia invited women of all age, denominations, nationalities and background to take part in a workshop. Each participant selected a specific woman from the time, writing about her and then sharing her ‘voice’ and legacy as political activists, social innovators and educational advocates.

An account of the reclaimed ‘voices’ and transcripts of biographies written by the workshop participants in their own words will be displayed. A selection of archive photographs 'Courtesy of Kilmainham Gaol Museum’, historical highlights and striking pictures from last year’s event taken by Photographer John D. Kelly will also form the basis of this exhibition.

Museum Curator Marie McMahon says she is delighted to host the exhibition which focuses our attention on the forgotten women of the Easter Rising and the impact of their endeavors on a changing Irish society.

She is pleased that this new exhibition complements the current ‘Road to the Rising’ exhibition which has been extended until mid June 2017 due to popular demand.

The ‘Women of the Rising- Rising of the Women’ exhibition continues till the end of March in the new gallery space at Tipperary County Museum.

This project was provided funding under the 2016 Centenary Programme Department of Arts, Heritage, Regional, Rural and Gaeltacht Affairs.