Derelict Roscrea houses will be revamped by housing agency Cluid 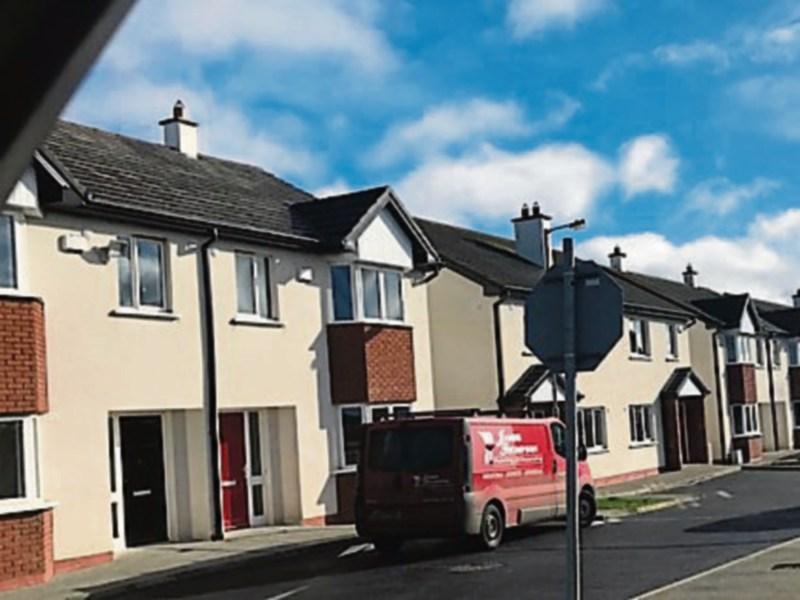 Housing agency Cluid is set to breathe new life into a derelict housing estate in Roscrea, after years of controversy.

The 'ghost estate' of Ros na Cronan, consisting of 12 houses near Ashbury, fell into dereliction after they were built in 2006, and became the target of vandalism and anti-social behaviour.

The estate was the subject of a failed bid by the Co. Council in 2014 to buy it, due to the concerns of residents.

Now it's been announced that the housing agency Cluid will revamp the houses and lease them out. The news has been welcomed across the community.

“When this private housing scheme was built almost a decade ago, no one could have envisaged the torturous route that lay ahead,” said Cllr Smith.

“Unoccupied ransacked and left in a derelict state, the task of bringing the houses up to standard for tendency took many a false turn.”

Cllr Michael Smith told the Tipperary Star that even when a successful developer came on board and took on the job of restoration, the early stages of negotiations with a voluntary housing association proved difficult.

“Fortunately, Cluid Housing Association came on board and concluded negotiations with the Council. I’m very grateful to the Board of Cluid Housing Association, the officials at Tipperary County Council, the Department of the Environment for their response to my representations. Thanks also to the developer for taking the steps necessary to see the scheme through to the final stages.

“Needless to say when finally completed the opportunity for 12 lucky families will arise and good luck to them. A word of thanks also to the industrious and hard-working local residents association for their patience and continued interest throughout,” added Cllr Smith.

Speaking after Monday morning’s announcement community activist Shane Lee welcomed the news that The Department of Housing, Planning, Community and Local Government have sanctioned the purchase of the 12 houses.

“It’s great to see these houses in Ros Na Cronan have been put to use at last and it is fantastic news for the community. We have a lot of local families who are currently on the Co. Council Social Housing waiting list and hopefully these families who were brought up in the area will get housed shortly.

“A lot of hard work has been invested in achieving this with numerous meetings being held both on and off site. When I spoke with residents this morning they expressed their graduate for the ongoing updates provided by Deputy Lowry and myself during the negotiation period. With two of the 12 houses already completed I am confident the remaining 10 will be finished to the highest of standards. This is much appreciated in view of the long housing list that currently exists for the Roscrea area.

“I want to personally thank Michael Lowry TD and the Developers, for the commitment they gave to me and the residents of Ashbury. The residents are overwhelmed with the news that this has been delivered for them, and I am happy to have assisted in this process.

“ I look forward to welcoming the new families who will be allocated these properties in Ros Na Cronan into our community,” added Mr Lee.

Deputy Michael Lowry said that he has been closely involved with the owners since they purchased the property. “It was always the intention to re-furbish the houses and make them available in particular to Roscrea applicants. Already two of the houses have been completed to a very high standard as an example of how the remaining ten will be completed. The entire process has been complicated and prolonged. I am delighted that I have been able to play a key role in achieving a worthwhile and successful outcome.”