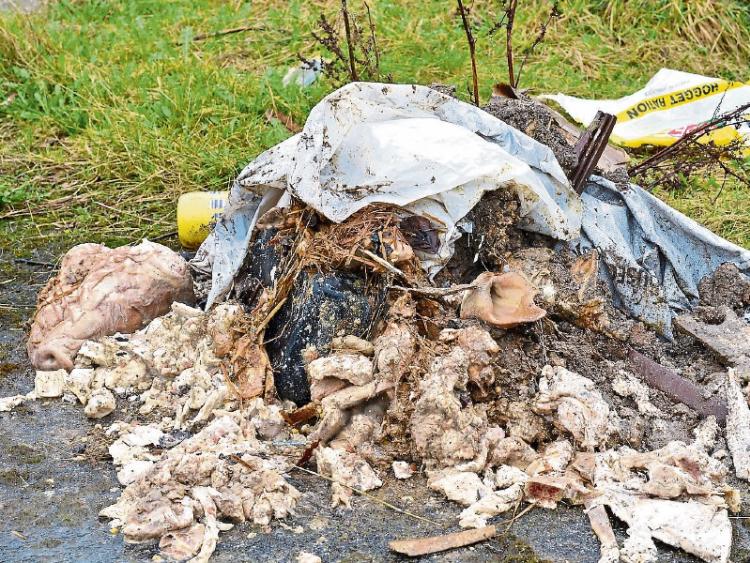 A pig's head, animal parts and offal which was dumped in the garden of a vacant house in Tipperary Town

A revolting  stench fills the air in a Tipperary town private housing estate where vandals have dumped a pig's head, animal body parts and offal in a back garden of a vacant house.

Furious residents living on the estate, which has won numerous  tidy towns awards, have appealed to Tipperary County Council to urgently deal with what they describe as a health hazard that creates a shocking eyesore and an appalling odour twenty four hours a day every day of the week. 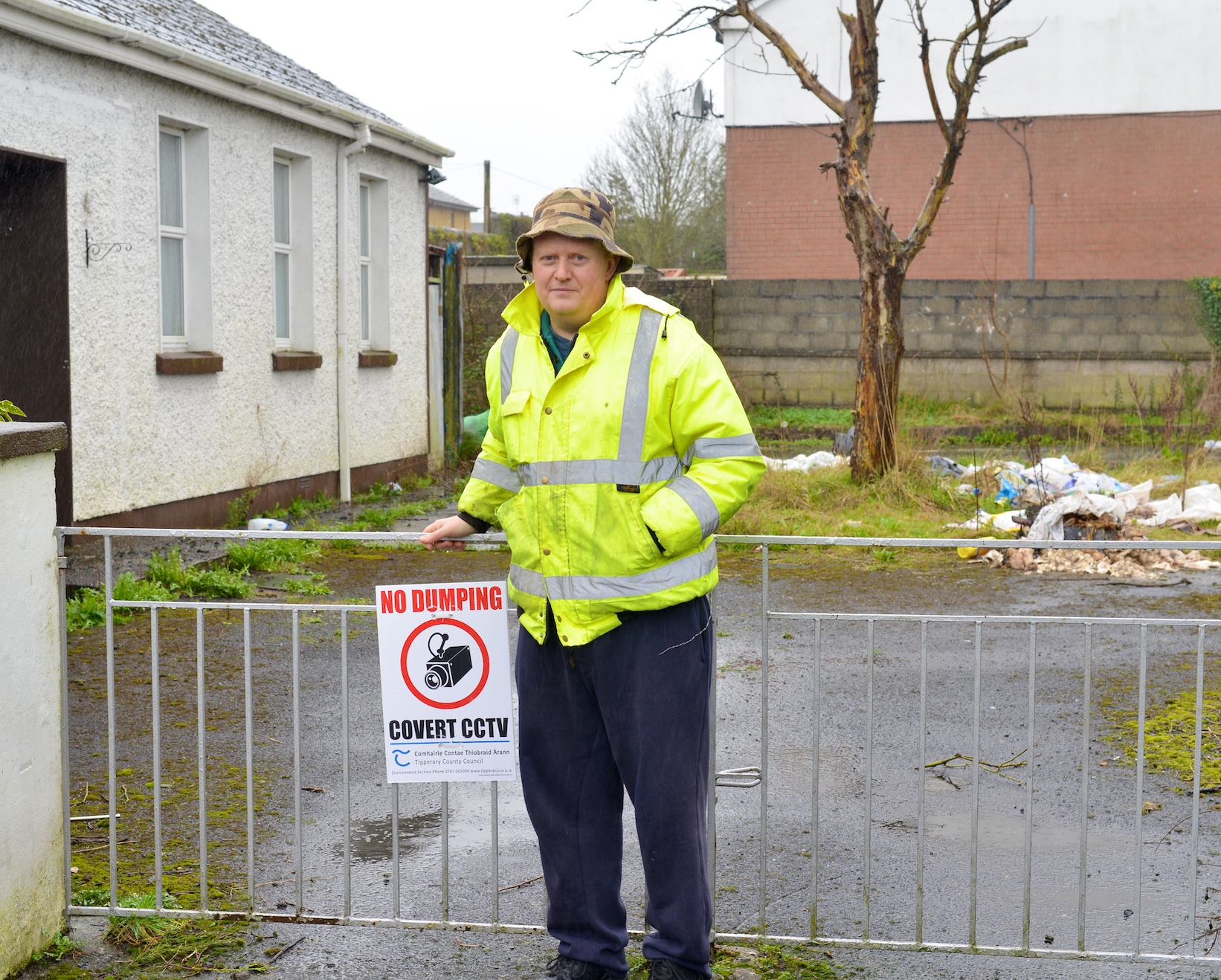 The disgusting material has been building up in the garden of the abandoned house for four months now and the cries for help from residents have fallen on deaf ears. Says  Tommy Coffey, Chairman of the Glenview Square residents association -  “How long are they going to allow this horrendous mess to pollute the area and cause such a sickening smell. I don’t understand the mentality of somebody who would dump that kind of stuff next to people’s houses. People have to live ten feet away."

Mr. Coffey said residents had been onto officials of Cashel/Tipperary Municipal Council and were told that because it was a private house and ownership could not be established  there was “very little” they can do.

Tommy Coffey said a sign, with the Tipperary CountyCouncil logo, had been put up at the gate of the  house informing people that CCTV cameras had been erected.

“Nobody knows who owns the house, they think it is owned by vulture funds, but surely the local council or the  county council have a duty to clear away the waste because of the danger to the public. They can’t ignore the mess just because it is in a private garden, they have to consider members of the public who live nearby and do something about it” insisted Mr  Coffey.

Another resident Marie Fogarty  said she lived only three houses away from the garden  and said  the “smell is just unbelievable, day and night”.

“The council have put up a sign to inform people there are cameras but  nobody can see the cameras. People living here know there are no cameras. Regardless of who owns the house, they should make every effort to catch who is responsible  and have this awful mess   cleared away. It is horrendous, all my neighbours are very upset and concerned about this” said Marie Fogarty.

Marie McGivern, District Administrator of Cashel/Tipperary Municipal District said she was not familiar with the dumping.