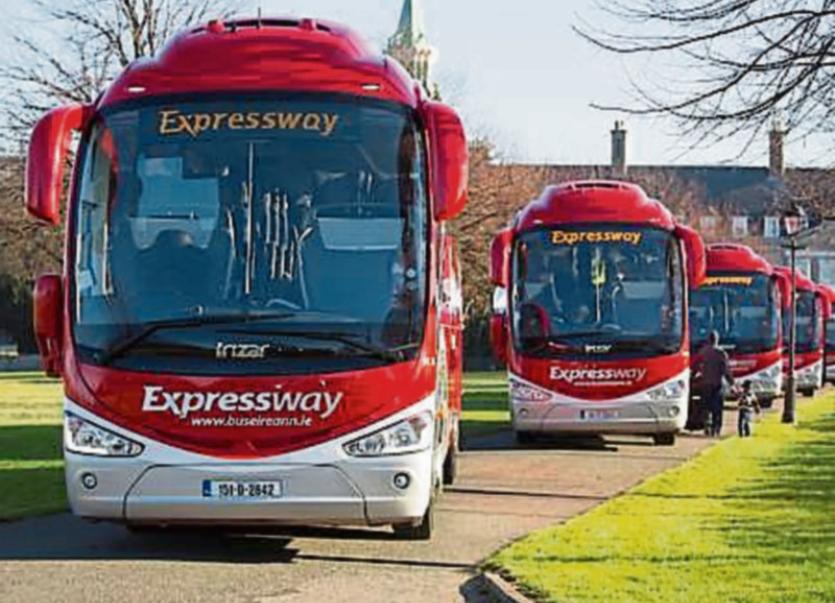 The National Bus and Rail Union is appealing to the people of Clonmel and its hinterland to turn out in force to a public meeting on Thursday night about Bus
Éireann's plan to axe the Clonmel to Dublin Expressway service from March 12.

Local TDs and councillors are expected to attend the public meeting in the Clonmel Park Hotel at 8pm on Thursday.

The meeting will be addressed by NBRU General Secretary Dermot O'Leary and NBRU President John Moloney.

The meeting is being organised against the backdrop of a major escalation of the industrial dispute between unions and Bus Éireann over the company's cost cutting plans. An all-out strike is expected to take place from Monday.

The X7 Dublin to Clonmel bus route is one of three routes Bus Éireann plans to close in cost cutting measures to make immediate savings of €1.1m.

On Monday, the company announced that the route will be axed from March 8.

NBRU members Pierce Keane, a Bus Eireann driver on the Clonmel to Dublin route for 23 years, said the meeting was being organised to inform the public about the implications the loss of the X7 bus service will have for Clonmel and South Tipperary.

He said the loss of the Clonmel to Dublin bus services will result in the loss of 13 jobs based in Clonmel.

Mr Keane said eight daily bus services currently operate on the Clonmel to Dublin Express route and all but two were busy in terms of passengers.

While they accepted that the 6.35pm and 2.35am Clonmel to Dublin bus services were not carrying many passengers and changes needed to be made to them, they were very aggrieved that Bus Eireann was going to take away the entire X7 route.

Mr Keane warned that if the Bus Eireann X7 route was closed it would ultimately result in higher bus fares for passengers travelling between Clonmel and Dublin due to the loss of competition on the route.