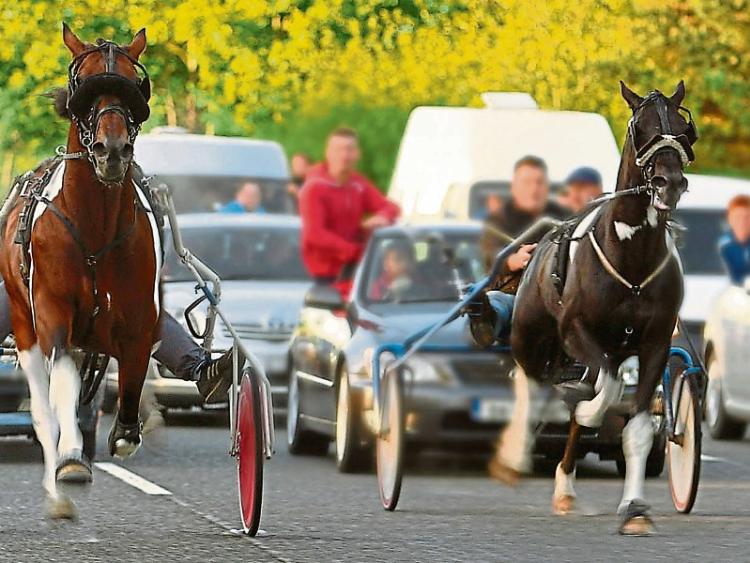 Tipperary County Council is to discuss its attitude to sulky racing on public roads at its next Joint Policing Committee meeting in April.

The council has been examining its response to the activity following a motion put before it by Cllr David Doran in 2016.

The Sinn Fein Thurles representative wants a complete ban on sulky racing on Tipperary roads because, back in 2016, it was “prevalent” in his area. “It was not a once-off, but was organised. It is highly dangerous,” he said, reiterating his call at the February JPC meeting in Nenagh for a ban.

However, he welcomed the announcement by JPC chair Cllr Roger Kennedy that the council was taking a joint approach to the issue through talks with the Gardai, Travellers and local communities.

Cllr Kennedy said the Tipperary Traveller Project will make a presentation to the JPC at its next meeting and he hoped their recommendations would bring the best approach to dealing with sulky racing.

However, Cllr Doran said he hoped the issue was not going to “kicked down the road”, warning if it were not dealt with there would be a serious fatality.

Cllr Kennedy replied that the council wanted to get its response right at the end of the day.