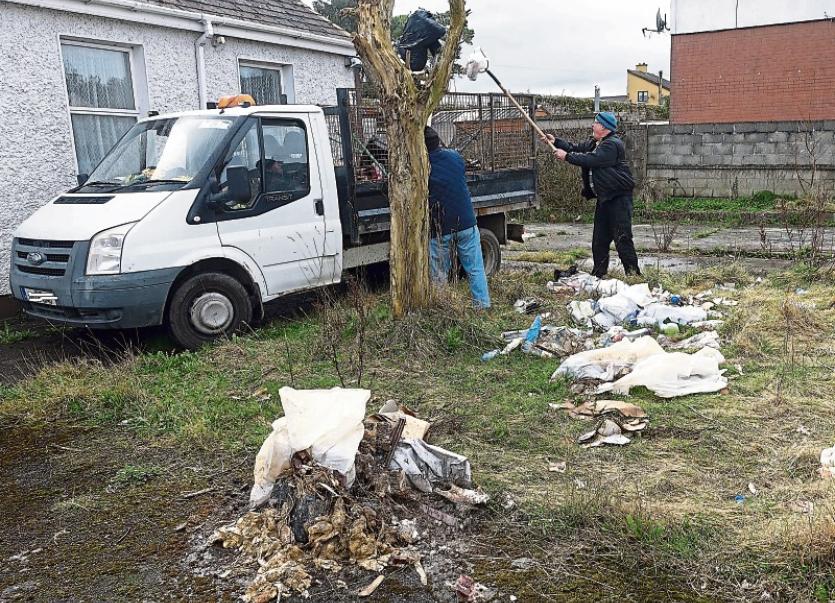 Tipperary County Council  dispatched an environment protection  team to a housing estate in Tipperary Town at lunchtime y  in response to a front page  report in today’s Nationalist highlighting the revolting illegal dumping of pig’s head,animal body parts and offal in a garden of a vacant house.

”The county council were shamed into it by the front page of The Nationalist this morning, they did not do it willingly” said Tommy Coffey,Chairman of the Glenview Square Residents Association in Tipperary Town.

Pictures of the disgusting material were emblazoned on the front page of the Nationalist on Wednesday morning.A distraught Tommy Coffey,  who made  a complaint to the offices of the Cashel Tipperary Municipal District in late October about the dumping in the garden,through The Nationalist, pleaded to the Tipperary County Council to take urgent action. 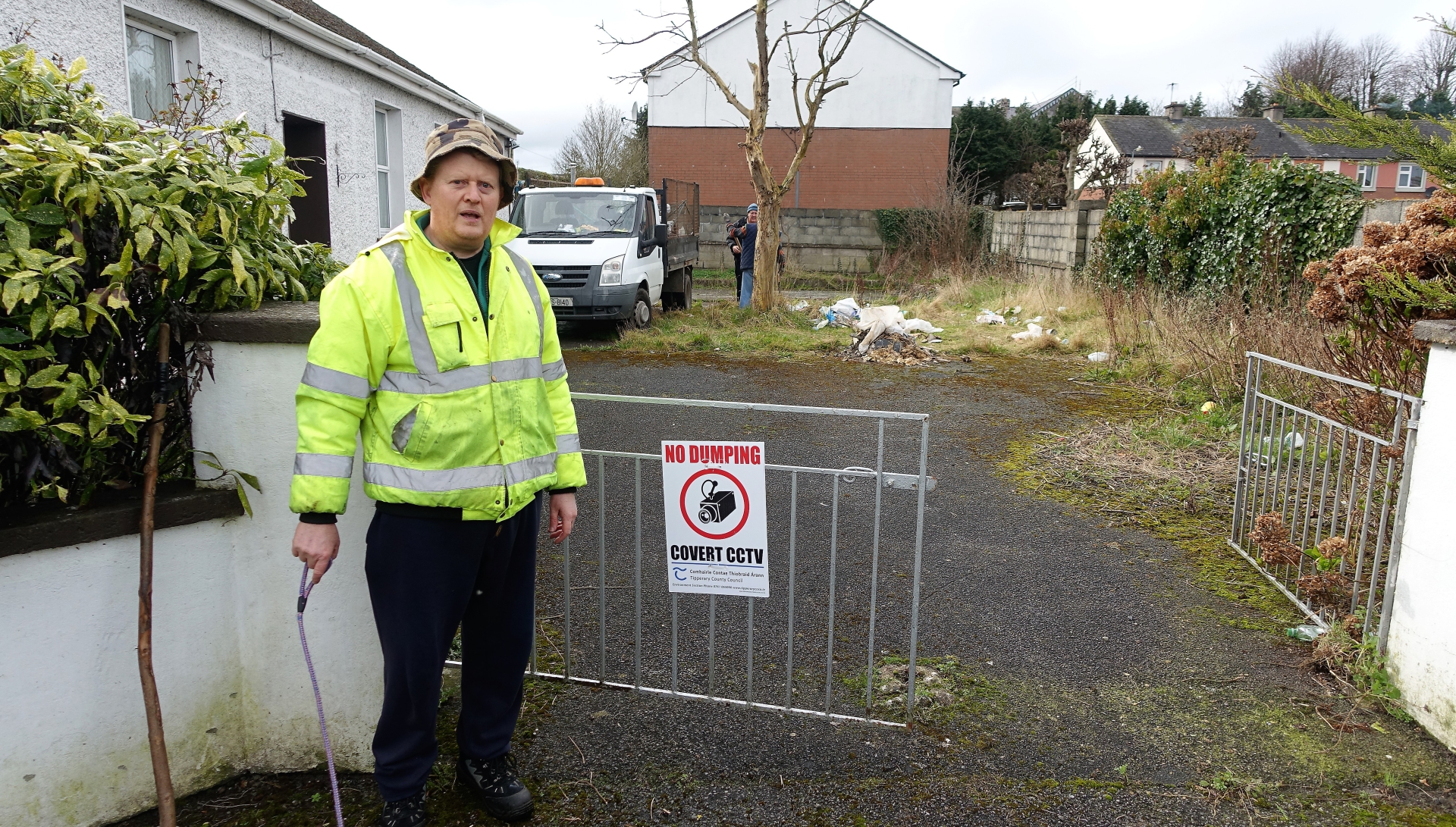 In response to  the “Pig Ignorant” headline,story and pictures in The Nationalist on Wednesday morning at lunchtime a county council   environment  team arrived to clear away the waste which had generated a vile odour in the estate  twenty four hours a day and seven days a week.

“I made the complaint over four months ago.The council does not listen to people anymore, they have lost touch with the communities they are supposed to serve.They give people the runaround on everything. It is heartbreaking. We had no option but to go to the paper, it was a last resort” said Tommy Coffey.

“We are just thrilled it is gone  but why did it take so long.Nobody in the council listened to us.We were ignored by the council for months., only for the  paper  we would be left to live with this stench, ” said Tommy Coffey. 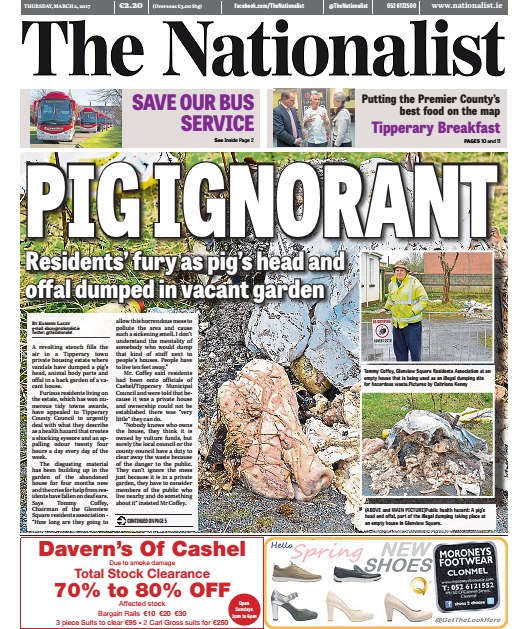 Another resident Marie Fogarty  said the people living on the estate were “absolutely delighted” the council arrived to remove the waste.

”I just could not believe it when I saw the council workers arrive this morning.This is going on so long.They had to do something after it appeared on the paper” she said.

Marion O Neill, of the environment section of the County Council, told the Nationalist on Wednesday that the house in question was privately owned and there were a number of issues regarding identifying the owners of the property in Glenview Square.

She said the environment team,on Wednesday morning,  was instructed to remove the material from Glenview Square .The county council  arrived in the at  lunchtime and began to clear away the material that had been dumped in the  garden.They were still on site up to 2.45 on Wednesday.