Tipp Sinn Fein on the election trail in Antrim 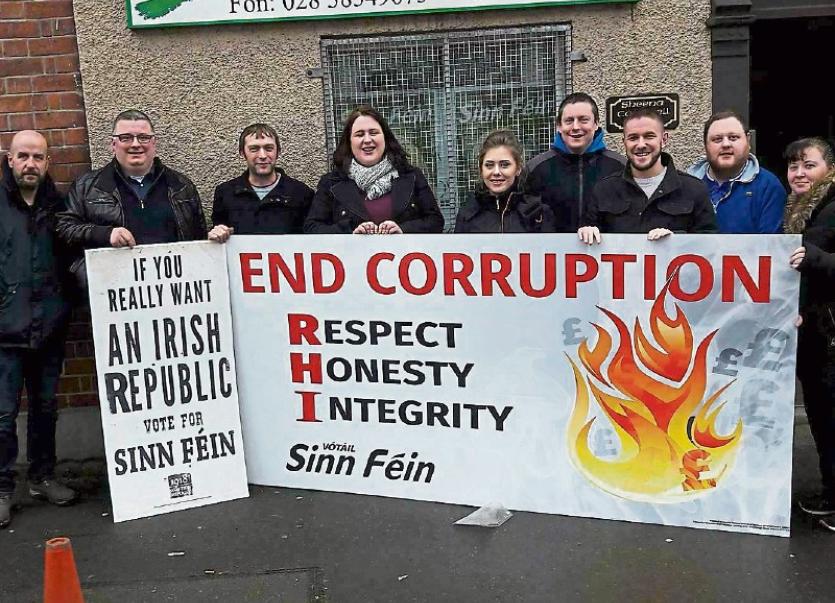 Since Assembly elections were called on the 2nd of March, Sinn Féin members from right across Tipperary have travelled in large numbers to Co. Antrim to help our comrades in their election campaigns.

This election is of importance to Sinn Féin who accepted the recommendation of former Deputy First Minister Martin McGuinness that power sharing structures are no longer functional and that the DUP’s record in government is unacceptable.

Serious concerns around actions during the last Assembly has been the main reason why an election was inevitable.

The DUP used the petition of concern (veto) 81 times to prevent Sinn Féin & other party’s proposals from being implemented. This veto system was extremely excessive and prevented Sinn Féin from implementing its policies.

Sinn Féin Assembly leader Michelle O Neill has called for the veto clause to be dropped but this proposal has been rejected by DUP leader Arlene Foster. There are also serious allegations liked to former First Minister Arlene Foster around the RHI heating initiative.

There are also major concerns around the sale of the Northern Ireland Nama portfolio named Project Eagle which was the single biggest property deal done under NAMA.

The DUP & Sinn Féin are the most unlikely coalition partners but must share power as part of the Good Friday Agreement. The GFA is now 18 years old and political circumstances in Ireland & Britain have changed considerably since.

With the impending Brexit looming, the island of Ireland will now have a EU -UK border. Northern Ireland voted to Remain in the EU and it’s our position that Ireland must receive special status in Brexit negotiations, there must be no return to a hard border.

The Good Friday Agreement & subsequent agreements must also be respected in any Brexit deal, including the option for Northern Ireland to re-join the EU as part of a United Ireland. This would be in the case of a United Ireland Referendum passing in the near future, much like the reunification of Germany after the Berlin Wall was taken down.