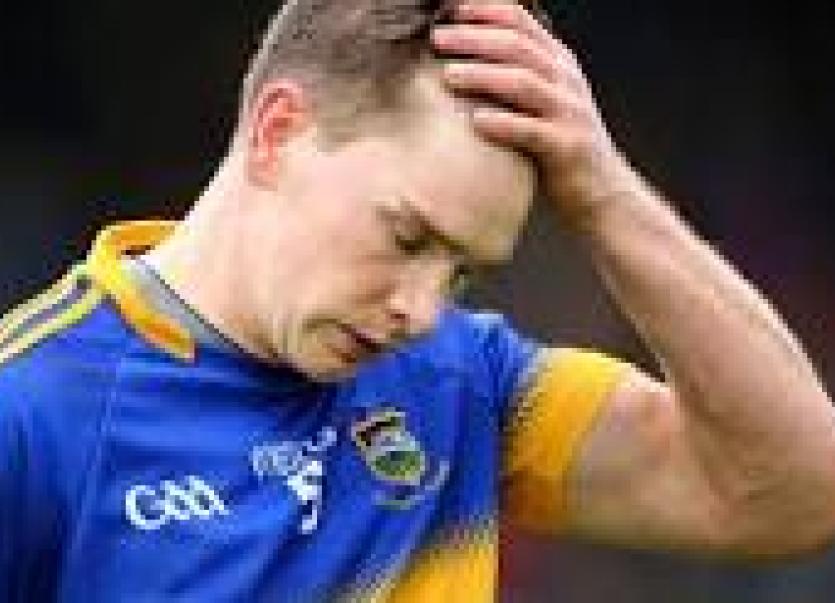 Tipperary are anxiously awaiting news on 2016 captain Brendan Mahers shoulder injury picked up in todays win over Clare at Semple Stadium. Maher was removed before half time, while colleagues Donagh Maher and Niall O'Meara both followed in the second half and are also in doubt for next weeks game.

Tipperary are awaiting anxiously news on the shoulder injury sustained by All-Ireland winning captain Brendan Maher in this afternoons clash with Clare in Semple Stadium.
Maher was forced to retire before the break nursing what seemed to be a nasty shoulder injury - an injury that will almost certianly rule him out of the clash with Kilkenny on Saturday evening next in Semple Stadium.
And, there are also concussion concerns for Niall O'Meara and Donagh Maher, both of whom left the field of play also - Maher's departure late on meant that Tipp finished the game with fourteen men.

"We have no indications yet on Brendan Maher. We just have to wait and see. It didn’t look nice on the sideline to be honest and we picked up two heavy knocks, one on Niall O’Meara and one on Donagh Maher. You hate to see that happen to the lads because they’ve clawed their way into a position to get jerseys here and if you’re out for a few weeks you could lose the last two games of the league. But look, others on the panel will be delighted to get an opportunity if they’re out!
" In fairness to the medical guys they’re super fellas. We wouldn’t push out any boats on the whole concussion stuff. If the guys get a blow to the face or anything with even a hint of concussion around, there’s a protocol and it has to be respected and we do. And every other team does, too," Michael Ryan said.
Better news for Tipp is that Seamus Callanan, James Barry and Kieran Bergin are all likely to be available for selection against Kilkenny. Bergin had a quad strain but is expected to be fit while Barry and Callanan were both ill, but should be recovered in time for the Cats visit.