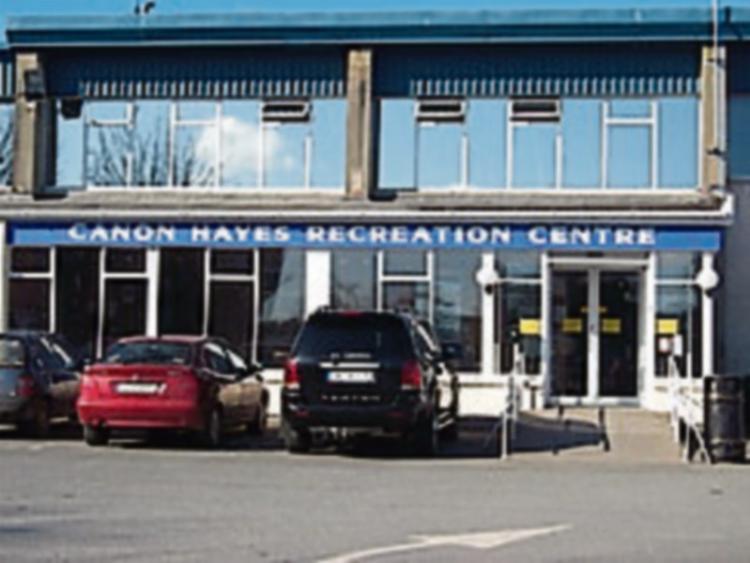 Organisers of the Canon Hayes Recreation Centre fundraising drive are hoping for another one hundred people to sign up before the first draw takes place on St.Patrick’s Day.

“A Community Responds” event held at the Ballykisteen Hotel last week to promote the 1,ooo private members draw was told that nine hundred people had already signed up and there were one hundred tickets left.

The event was held to give a final push to the draw which was launched in January at the Excel and is aimed at alleviating a cash flow problem at the centre which will celebrate its 30th anniversary next September.

Guest speakers included John Lonergan, former governor of Mountjoy prison and former Irish rugby international Alan Quinlan and the MC was broadcaster Paul Collins. There were no politicians in attendance and they were critiscised by a number of speakers at the event which was poorly attended, only twenty three people turning up.

Chairman of the Canon Hayes Centre Martin Quinn told the attendance that it would be a shame if the future of the centre was not secured in this the 30th anniversary year of the facility.

“It would be a shame if the doors of the centre were closed by September” said Mr Quinn who appealed for one more final push to sell the remaining one hundred tickets.

The draw, he informed the meeting, would bring in €100,000, half of which would be used to cover the prizes which included two cars, and the other €50,000 would go to the centre to deal with the cash flow issue.

He said there was no capital debt attached to the centre but that if the cash flow issue was not addressed there would be a serious debt.

Former rugby international Alan Quinlan spoke passionately about the value of the Canon Hayes centre to the community and said it had a “special place in his heart”.

He said the centre was very important to him during his career and he had great memories of playing all sports at the centre.

Mr Quinlan told the meeting that he made great friends at the centre through playing all the different sports and he had a strong attachment to the centre and the important role it plays in the community.

He felt if the centre was to close it would be the “final straw” for the town and he appealed to the public to support the draw and the centre.

“This is such a vital facility for the town, people have to be mindful of supporting the centre and ensuring it stays open” he said.

John Lonergan said he was a firm believer in the value of sport and the role it had in the development of young people.

The inspiration behind the centre was the late Canon Hayes and Mr Lonergan said it would be a scandal if the Canon Hayes Centre was not a vibrant place.

It was a challenge, said Mr Lonergan, to the whole community to ensure that the Canon Hayes Recreation Centre continued to operate.

“It is the responsibility of this generation to ensure that the Canon Hayes recreation Centre is there for generations to come so that they will have the same opportunity that Alan Quinlan had. It is a challenge but not an insurmountable one,” said Mr Lonergan.