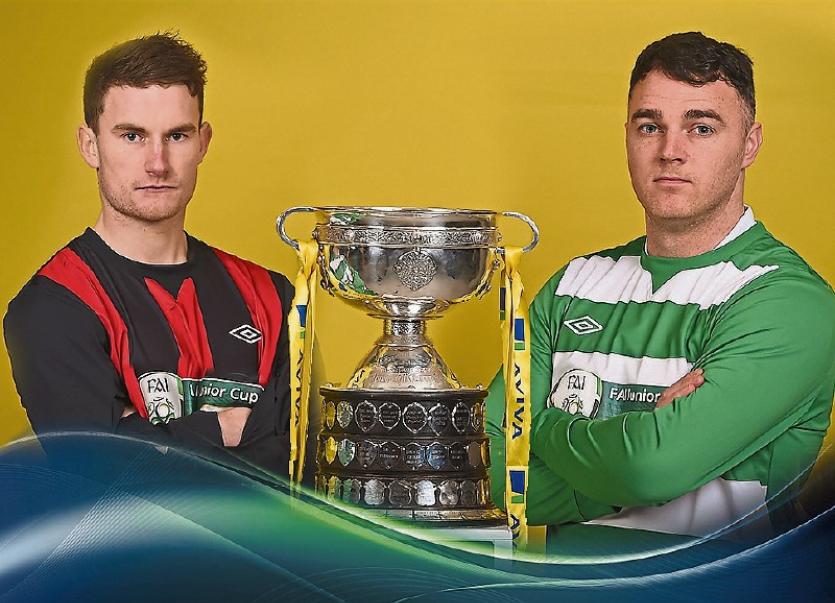 This will truly be one of those David versus Goliath contests that make sport so enthralling to watch. Sheriff's recent history in the competition, leave the Thurles side in no doubt of the scale of a challenge they have to face. The Dublin side have reached the final in three of the last five seasons, winning the competition outright on two of those occasions.

This is an amazing feat given the number of teams which start out each year trying to get their name onto the famous honour roll. But in Villa’s favour, it is an honour roll that already includes two TSDL teams, having been won in the past by St Michael’s and Clonmel Town, with the Tipperary town side emerging victorious only three years ago.

Villa will be the younger and less experienced side on Sunday, but that shouldn’t fool anyone into thinking that what they lack in age, has anything to do with what they possess in terms of experience and silverware. The team is a good blend of experienced heads and players who have come off very successful Youth teams in recent years.

All but three of the Thurles side have come through their own schoolboy academy ranks, a feat which is almost unheard of now with successful Junior sides, and even those others have been part of their Youths set up which have won two league, two Tipperary Cups and the Joe Delaney inter league title over the past four seasons. And the players have responded to the brand new management team of James O’Sullivan and Jody Brolin who have brought a new level of intensity and professionalism to the clubs set up. O’Sullivan started out himself in the clubs academy and shone, being chosen to represent Ireland at schoolboy levels from u15 to u17 level. He then went on and had a successful professional playing career in Ireland with UCD and Limerick City, before moving to play soccer in Australia.

Brolin is also a product of their own academy set up, playing right through the underage ranks, and provides a good foil on the line to the more experienced O’Sullivan.

On the Sheriff bench, they can call on seven Irish junior International players in their ranks, and have been a powerhouse in the Dublin AUL leagues for years now. Between 2009 and 2015 they won the AUL six times, along with two FAI and two Leinster Junior Cups. Sporting the Green and White hoops the Dubliners will have no fear of a travelling, but will still be aware that they have gone home from Tipperary after suffering defeats in recent years.

Villa's run in this year’s Cup started out with a home wins against Kilmanahan Utd and Glengoole before travelling to North Tipp to beat current NTDL champions Nenagh Celtic winning by two goals to one. They earned their place in the open draw with a win against Rosegreen Rangers before travelling to Cork in Round Five where they recorded a four goals to one win against Knocknaheany Celtic. In Round Six they played Dublin side Cherry Orchard at home winning by the single goal in three, before again hosting another team from the capital in Round Seven this time against Crumlin United, who had knocked out Villa’s neighbours Thurles Town the round previous. That game was a titanic Battle which Villa prevailed by a three goals to two scoreline after twenty minutes of extra time was played.

Up to now the club has been delighted with the support they have received from the town of Thurles and the local businesses and all the best wishes and support they have received from fellow clubs in the South Tipperary & District League. They hope that will continue next week and they will see a huge crowd down by the tower to cheer them on. They know they are up against it Sunday but everybody loves an underdog so who knows, this journey may not be ready to finish just yet.