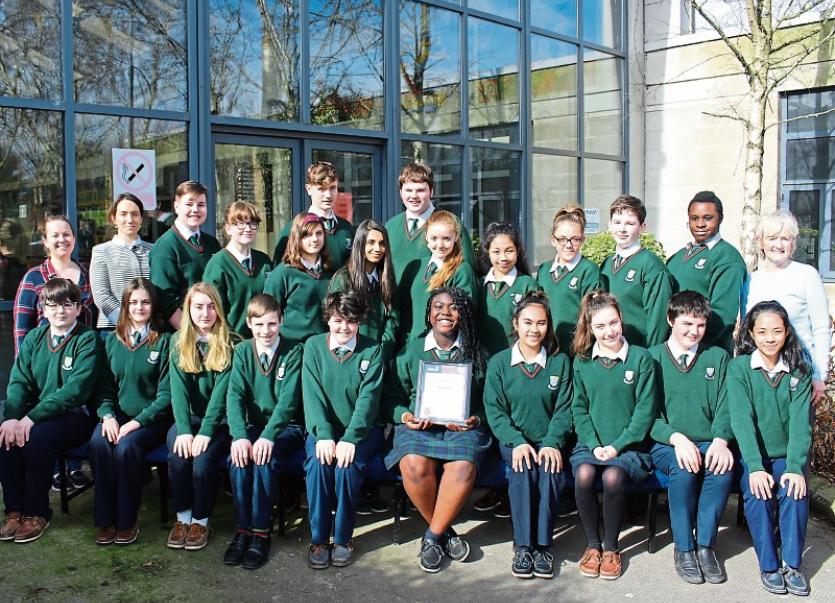 Students from Cashel Community School have scooped a top student acting award at their first time of asking!

A group of students from the school led by a third year student Semilore Giwa priduced and submitted a short movie for the Youth 4 Decent Work Short Film Awards and attended the awards show in Dublin on March 2.

The event was sponsored by ICTU and run in conjunction with “Youthconnect”, a non-profit making organisation whose role involves educating young people on their rights as workers.

Students entering the competition were required to create a short film with the theme of “Workers rising to the Challenge 1916 – 2016”. Twenty films were shortlisted for awards. The film “Make it Fairer” by “Girls that make a difference” which was directed and produced by Semilore was nominated in the “Best Acting” award and saw off tough challenges to emerge category winners.

The film not only gives an insight to what is happening with workers in Ireland today but also a hundred years ago including the lockout of 1913. Aonghus Og McNally, the host for the afternoon, presenting the award commented that the film contains a powerful message about equality in the workplace and was a very worthy winner.

The prize for this category was a day’s workshop at the Gaiety school of Acting in Dublin.

Students in the group then had an opportunity to meet Oscar nominated Jim Sheridan director of acclaimed films such as “The Boxer” and “My Left Foot”.

This is the first time students from CCS have entered a film and it is a major achievement to be shortlisted to top 20 in the country and to win.

The film can be viewed at: https://youtu.be/YLX0JCdusXw