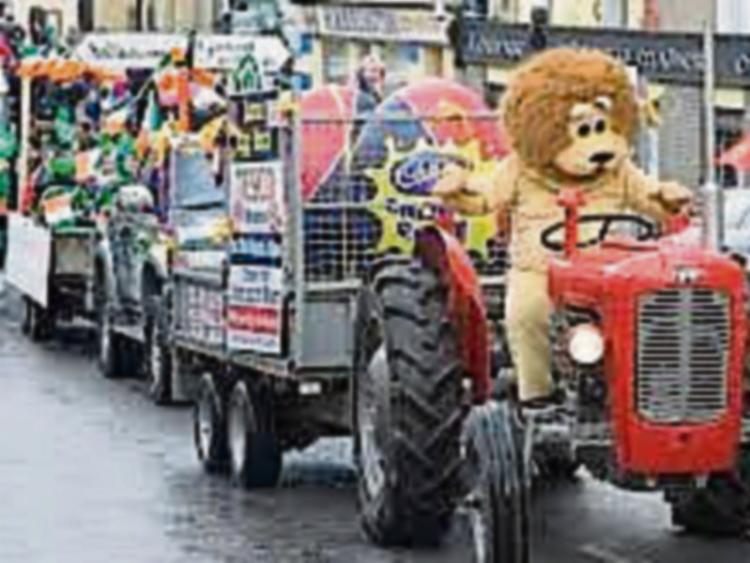 Parade in the town which takes place with the Blessing of Shamrock at the Review Stand at 3pm and the Roscrea Parade commences at 3.30p.m. on Friday, March 17th, our National Feast Day. The organising committee are asking people to come onto the streets in large numbers and enjoy the festivities. They also invite individuals, groups, organisations, clubs, businesses, novelty items and community interest groups to enter floats free of charge and add to the diversity of the parade.

The Guest of Honour for Roscrea’s 39th Parade will be local Community Activist Brendan Keeshan.

Brendan has unselfishly given of himself throughout his life to all that is good in community on behalf of others. Brendan has been actively involved in the past 38 St. Patrick’s Day Parade’s in Roscrea and has ensured that each parade commenced on time and that floats were correctly positioned and that the Parades went smoothly.

Among the many organisations of which Brendan was a member was Roscrea Community & Tourism Leisure Centre (RCTLC) and as such was one of those who worked tirelessly over a number of years, motivated by a vision, which ultimately created what is now “Roscrea Leisure Centre”.

The Organising Committee have decided to give out a cash prize of €100 to each winning entry in the following categories:

Best Overall Entry, Best Schools Entry, Best Business Float, Best Sport/Youth Category and Best Residents Group. Therefore the committee are urging all entrants to make a special effort in the hope of winning the cash prizes. As usual there are a large number of trophies in various categories for parade entries and hence those entering floats are encouraged to make ‘the little extra effort’ which might be rewarded with a perpetual trophy. The Organising Committee are also this year holding its annual Shop Window competition for 1st, 2nd and 3rd prize, the winners of which will be announced from the Review Stand.

The focus of activity will be the Square where the Review Stand will be located, as in past years at the junction of Castle Street and Main Street. Courtesy of McDonald’s there will be face painting and balloon modelling outside Shaws from 1.30pm. – 3pm. Roscrea Comhaltas will entertain the crowd from 1.30pm – 3pm. with music and song.